Beadboard Ceilings for a Half-Bathroom

Posted by Caitlin
This was a productive weekend for us - the first one in a long, long time.  I don't know if it was the unseasonably warm weather we've had or the excitement of a new year, but this weekend we tackled a project we've been meaning to do since we moved into this house.  We have a very small, very windowless half bathroom on our first floor that visitors use.

The pictures are terrible, but it gives you a feel for the room.  I didn't even photograph the popcorn ceilings that were stained by a leak before we moved in, but it was dismal.  All of it. 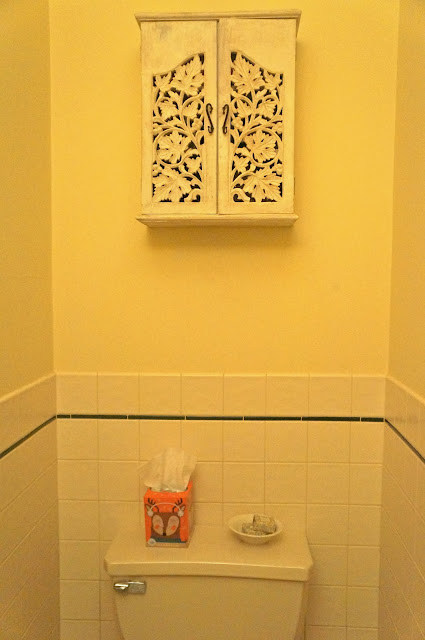 (The photo above is the reason I shouldn't buy seasonal anything.  I guarantee that box of reindeer tissues won't run out until June.  And I'll get super annoyed but what I am supposed to do besides use them up?  Throw them out?  Box up the Kleenex with the rest of the Christmas stuff and bring them out next December??)

Since we magically woke up on Saturday morning with a newfound zest for life and home improvement, we packed up Willbo Baggins and headed to the Home Depot where we bought some beadboard & trim to cover up the ugly popcorn ceilings and then haphazardly chose a paint color for the walls.

After we made it home, we put Will down for a snooze and Jesse got to work cutting the beadboard down while I started painting the bathroom. 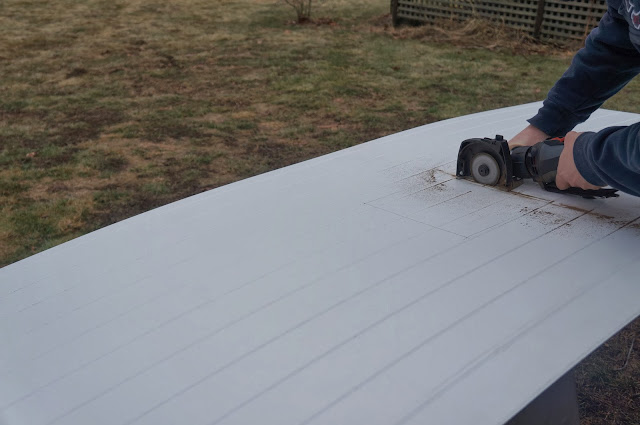 Once that was finished, we headed to the basement to use our miter saw to cut 45 degree angles in the trim that would go around the wall under the beadboard.  On some DIY projects Jesse and I have a blast and on some projects we want to kill each other.  I'd say it's a 50/50 split on that but luckily the home improvement gods were smiling down on us this weekend.  Jesse and I high-fived our way through even the trickiest math and measuring. 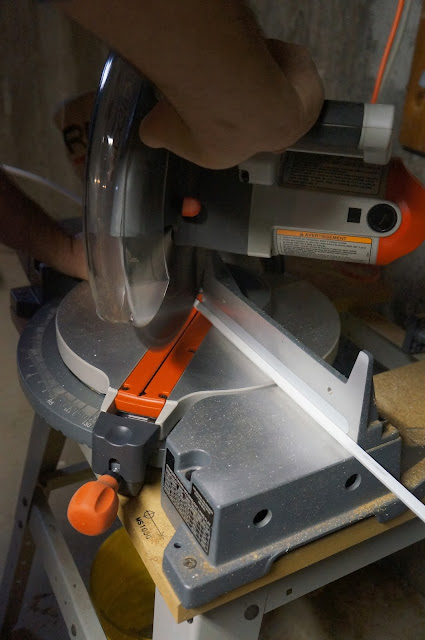 With the ceiling components cut to size, we both squished into the tiny bathroom and used nails (find the studs!), Liquid Nails, and our arm strength to get the beadboard panel onto the ceiling.  Once it was up there, we added the trim along the sides. 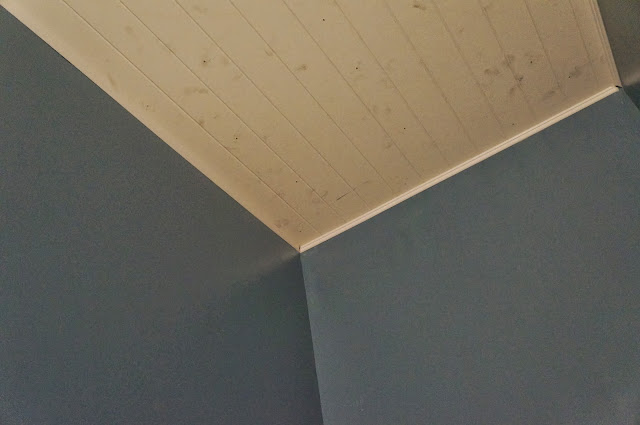 I realized that we aren't exactly pioneers in beadboard ceilings (2011 called and they want their hot blog project back), but I'm so excited about how it's coming out.  The ceiling makes the bathroom feel so much more finished (& here's a peek at my new paint color, Behr's "Heron", which I lurve).

We're taking the rest of this week to finish off the bathroom - filling in some holes, painting the ceiling, framing art for the walls, hanging the mirror and cabinet back up, and perhaps finding some neutral Kleenex.  Stay tuned and stay homey!
Pin It

at 6:53 AM
Email ThisBlogThis!Share to TwitterShare to FacebookShare to Pinterest
Labels: Bathroom, DIY, Homey