Posted by Caitlin
It's a good thing Fred can't read English because this post would totally destroy his body image. But sadly, our little hound is a total fatty. After taking him for a checkup a few weeks ago, the (horrified) vet announced that he needed to lose 13 lbs, and fast. Old Fredster was up to 73 pounds and for the sake of his back, we need to whittle him down to 60 pretty quickly. 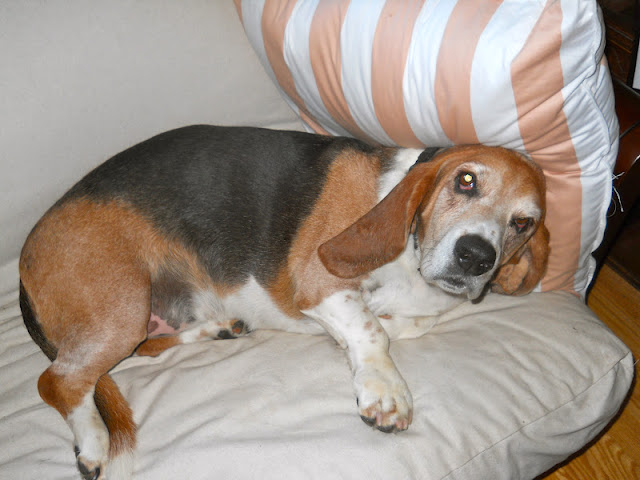 (I know this photo is unfair.  Like "Stars without Makeup" unfair.  But it gets the point across.)


So here's a quick how-to on helping your dog lose weight (it could also work if YOU wanted to lose weight. Spoiler alert - eat more vegetables and less dog food). Obviously, all dogs are different so talk to your vet before making any changes.


Fred's vet suggested we immediately cut his intake in half which meant we were cutting him down to half a cup of food in the morning and half a cup at night. When first presented with these meager rations, Fred was pissed. He stared down at his food and up at us. He walked away, came back & ate it, and then made it clear to us he was hungry about four minutes later.


So we've supplemented his half-rations with a cup of green beans (& the occasional sweet potato), a suggestion from our friends over at LoveHandlers Animal Sanctuary. It still gives him enough bulk that he thinks he's eating his normal meal but with less calories & extra nutrients (sneaky humans).  When he first turned up his nose at a half-green bean/half-kibble breakfast ("But Fred," I said, "they're organic!"), we then introduced it slowly, adding a few more green beans with each feeding. 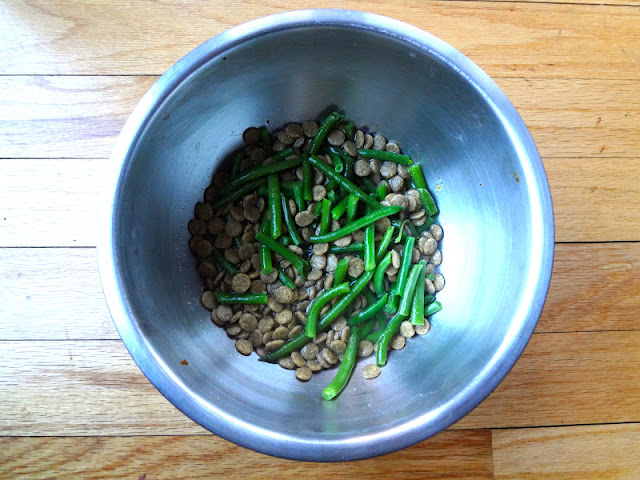 
Because Fred also has Lyme Disease (!!!) AND arthritis, he can only go for 10 minute walks at a time which means we're relying on diet alone for his weight loss. Here he is after a week and a half of reduced kibble & green beans (at a much more flattering angle than the picture above): 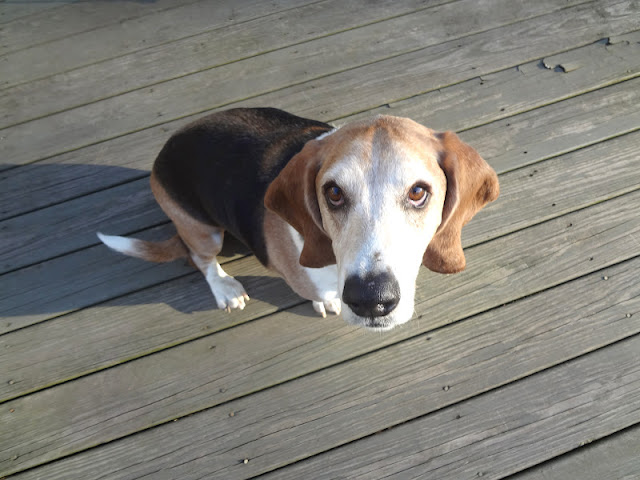 We haven't taken him back to the vet for an official weigh-in yet but I'm hoping he's lost a few lbs. Stay hungry, Fred!
Pin It

at 8:30 AM
Email ThisBlogThis!Share to TwitterShare to FacebookShare to Pinterest
Labels: Fred