How to Become a Runner...

Or, judging from the picture below, this post could simply be called "Cankles".


The point is, I decided last summer that I was going to become a runner.  After a long, pregnant winter I was excited to be able to get outside and get moving.  I tried to get into running when I lived in Seattle (too damn hilly), but since then the only running I'd been doing was to catch the subway (or the ice cream truck).  While on my extended maternity leave, I found myself with long stretches of time and was getting antsy just sitting around the house.  Also, it seemed like everybody was Instagramming their #morningrun and boy, did they #love #running.  Fine.  I was intrigued.

I knew I had to start slow.  I downloaded a Couch to 5k app on my phone (via RunDouble) and packed up Will the Baby in the stroller.  Couch to 5k is a 9 week program that mixes intervals of walking and running to build up your endurance to eventually running 5 kilometers.  The RunDouble app told me when to walk vs. when to run, but also measured how far I ran each time, how quickly I ran each time, and then politely congratulated me once I finished. 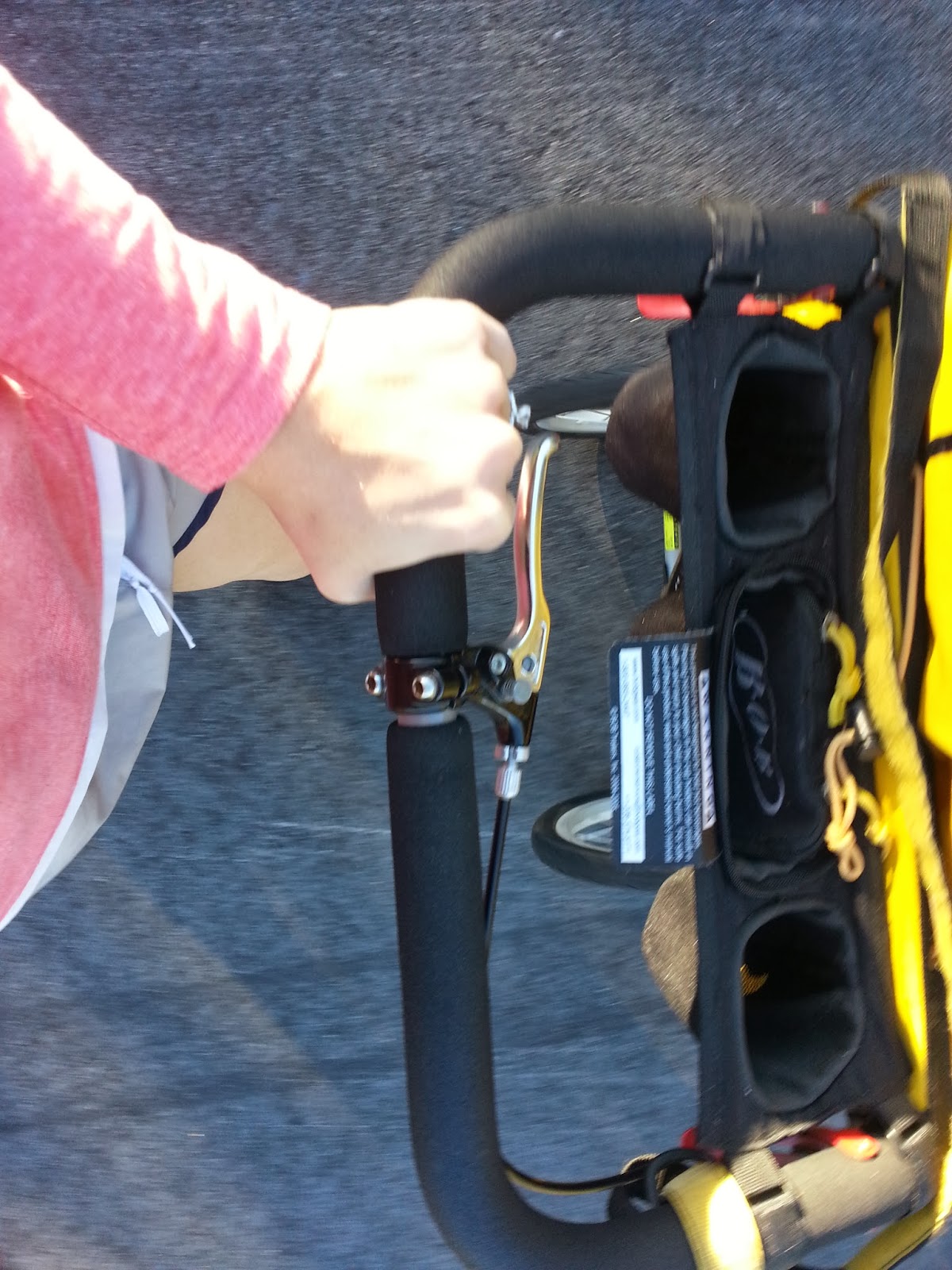 To keep myself on track, I signed up for a 5k in October.  I felt like such a little runner with my bib and my official race T shirt.  Jesse took pictures of me actually running in the race, but I accidentally put his cell phone through the wash last week sooooooooooooo here's a picture he took with my phone after the race.  I was giving my best "triumphant athlete" look here.  I'm new to being sporty.  Give me a break. 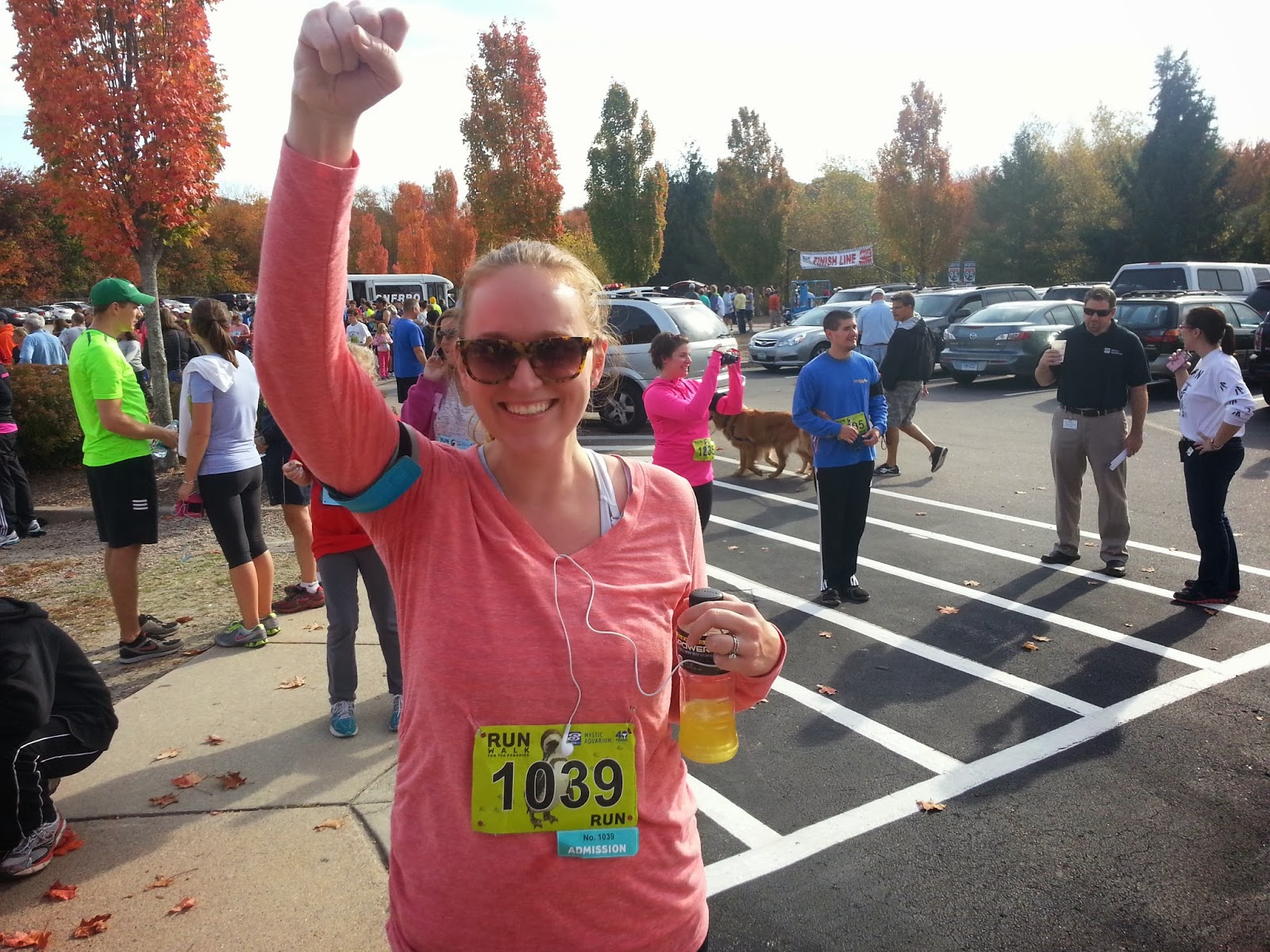 I've built up from the 5k to about 5 miles now.  I've found I really like running.  I like listening to Pandora and TED Talks and Howard Stern while huffing and puffing down my country roads.  I like strapping Will the Baby into our BOB jogging stroller when the weather permits (right now, it does not permit one bit but I'm dreaming of warmer days).  I like going out on my own after a long day of conference calls and screen time.  I like getting home from runs and talking Jesse's ear off about how sporty I feel.

Any tips for newbie runners?  Anybody else have luck with the Couch to 5k?  Anybody want to run a half marathon with us this summer?  Tell me your secrets, runners!
Pin It