Posted by Jaisa
Chicago is the best city in the world.  There is always something awesome going on - especially as it relates to food.  Summer is a BLAST in Chicago - and it makes me cringe to think we're already deep into July.  But WHATEVER.  At least I'll have these pics from Chicago's Windy City Smokeout to get me through the subzero temps of winter.

So you guys ever watch BBQ Pit Masters?  If so, you know exactly who the below BBQ legend is.  Mr Myron Mixon ladies and gentlemen.  We knew his BBQ was going to be at the Windy City Smokeout but not him!  We were very excited to "meat" him and is legendary food.  Sorry.  Bad joke.

He was so nice and lovely and was bee bopping all over the festival.  What a guy. 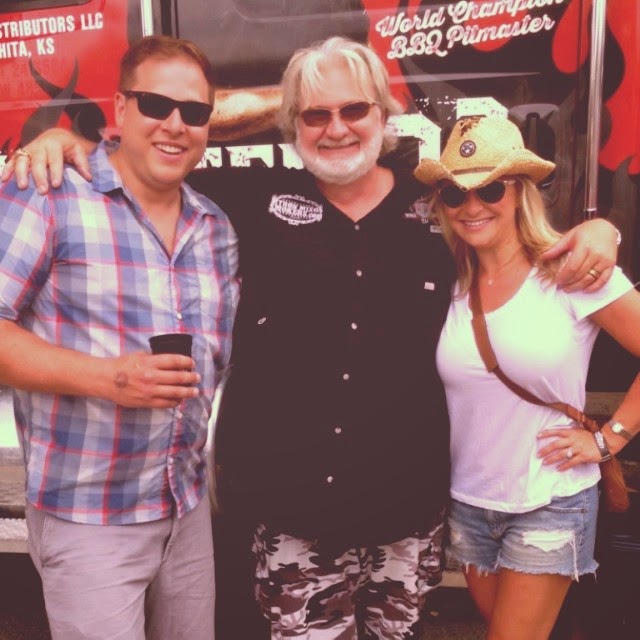 Here is his super famous, unbelievable whole hog.  It was the texture of pulled pork but like 500 times more flavorful.  HOLY COW PIG this was delicious (sorry Caitlin). We also had smoked wings.  I can't remember if we got these from the Dinosaur BBQ stand or from Myron (food blogger fail).  But these were ridic. 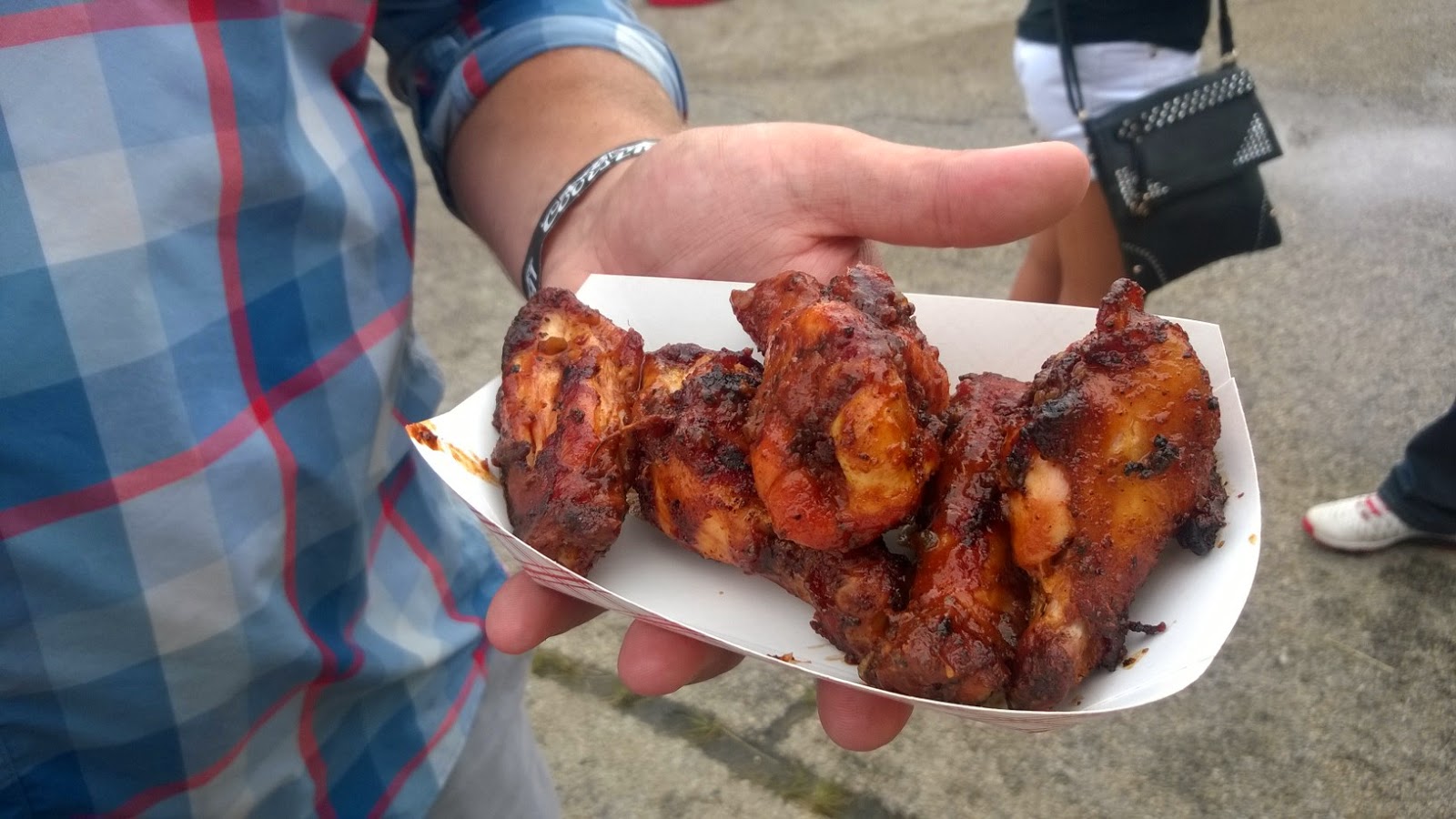 I have no idea where these came from or who bought these because it was late in the day and I was on my 15th Jack Daniels and tea, but they were OUTSTANDING.  Waffle fries topped with pulled pork, pickled jalapenos, cheddar cheese sauce, and BBQ sauce.  I'm still working these bad boys off. 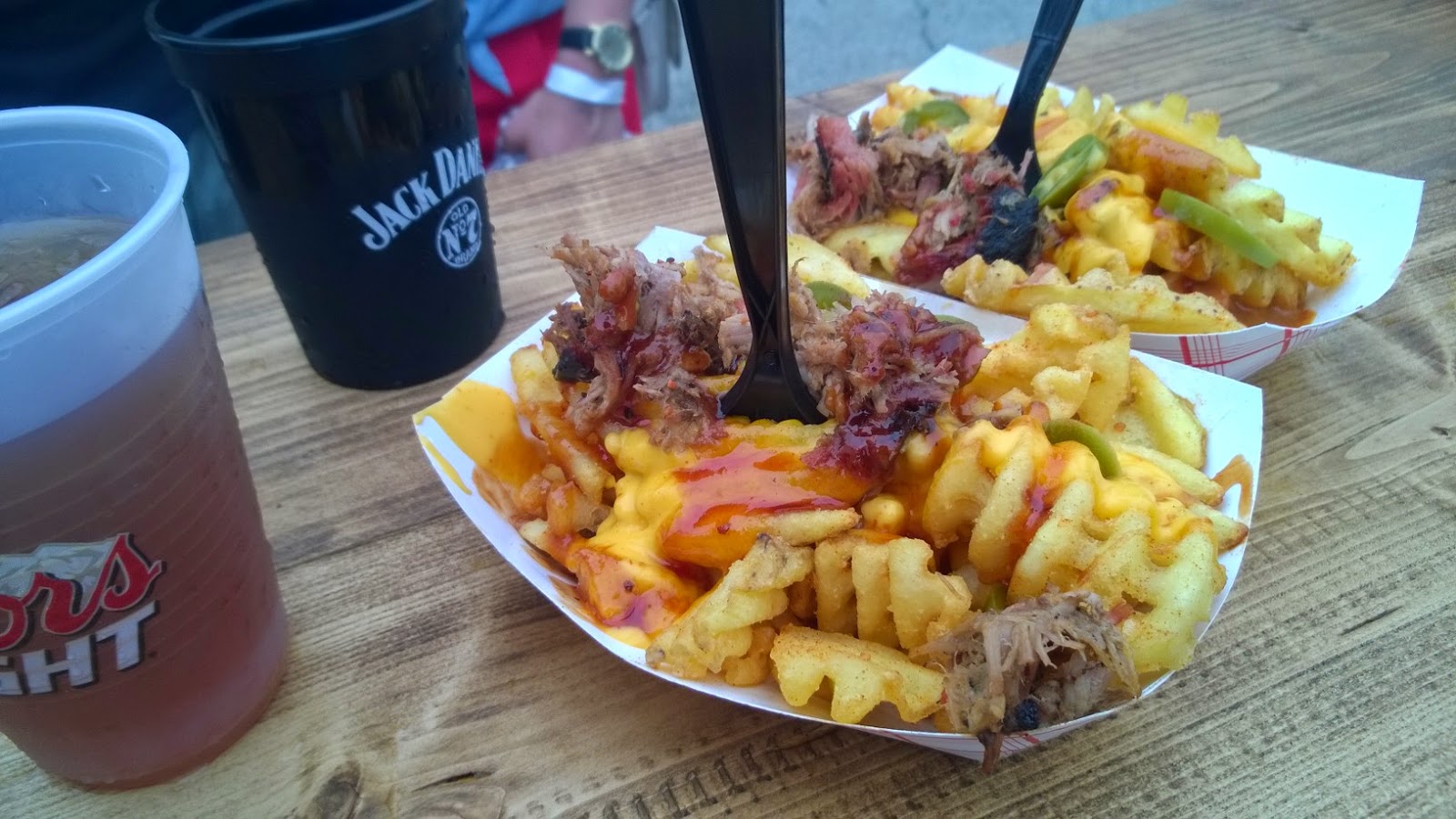 This was the best brisket we had all day.  It was from Dinosaur BBQ and was topped with BBQ sauce and pickled onions and jalapenos.  Check out the smoke ring and the bark.  It basically melted in our mouths.  YUM. 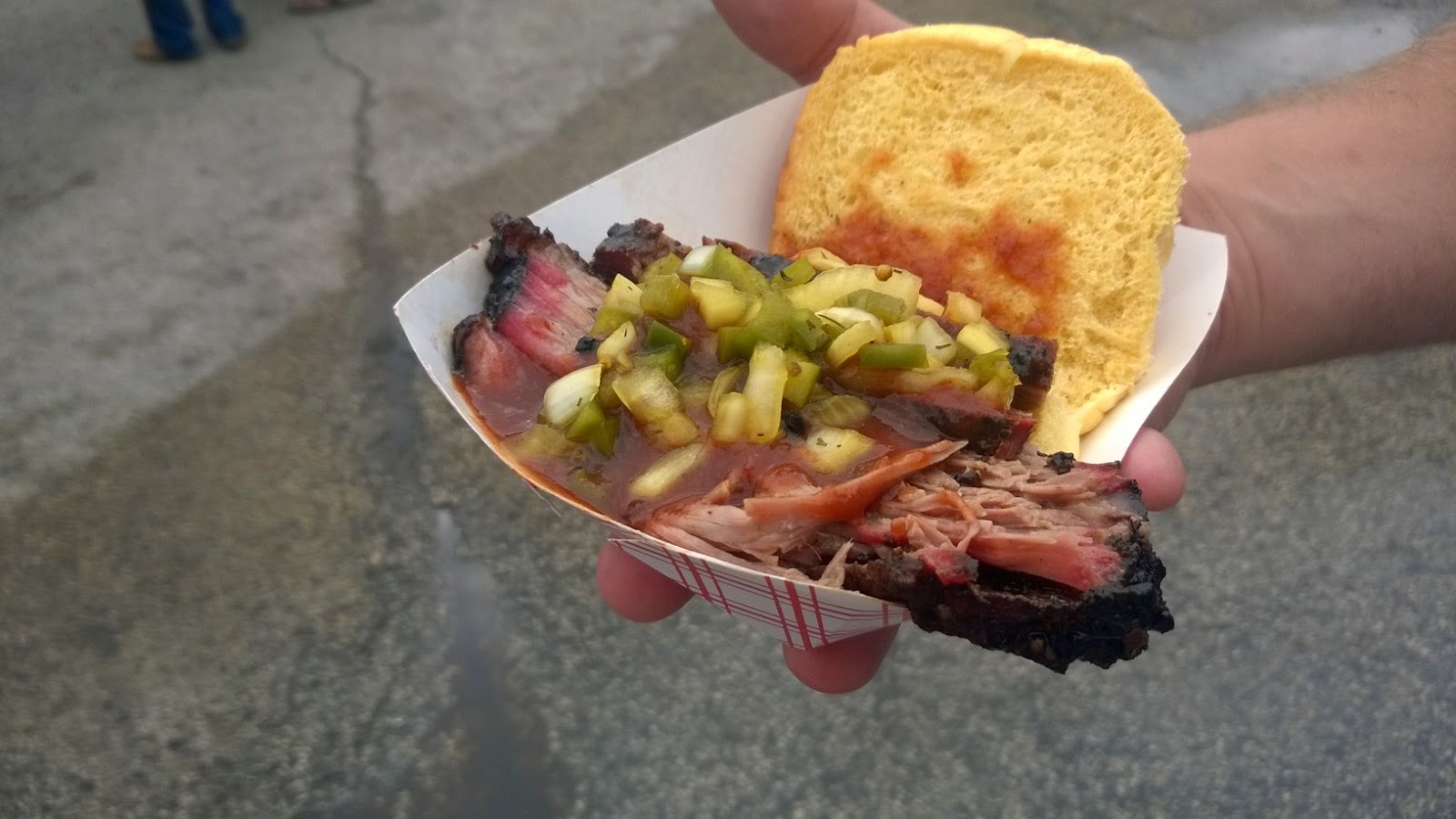 Pic of said brisket bark.  I would seriously give anything to have a bite of that right now. 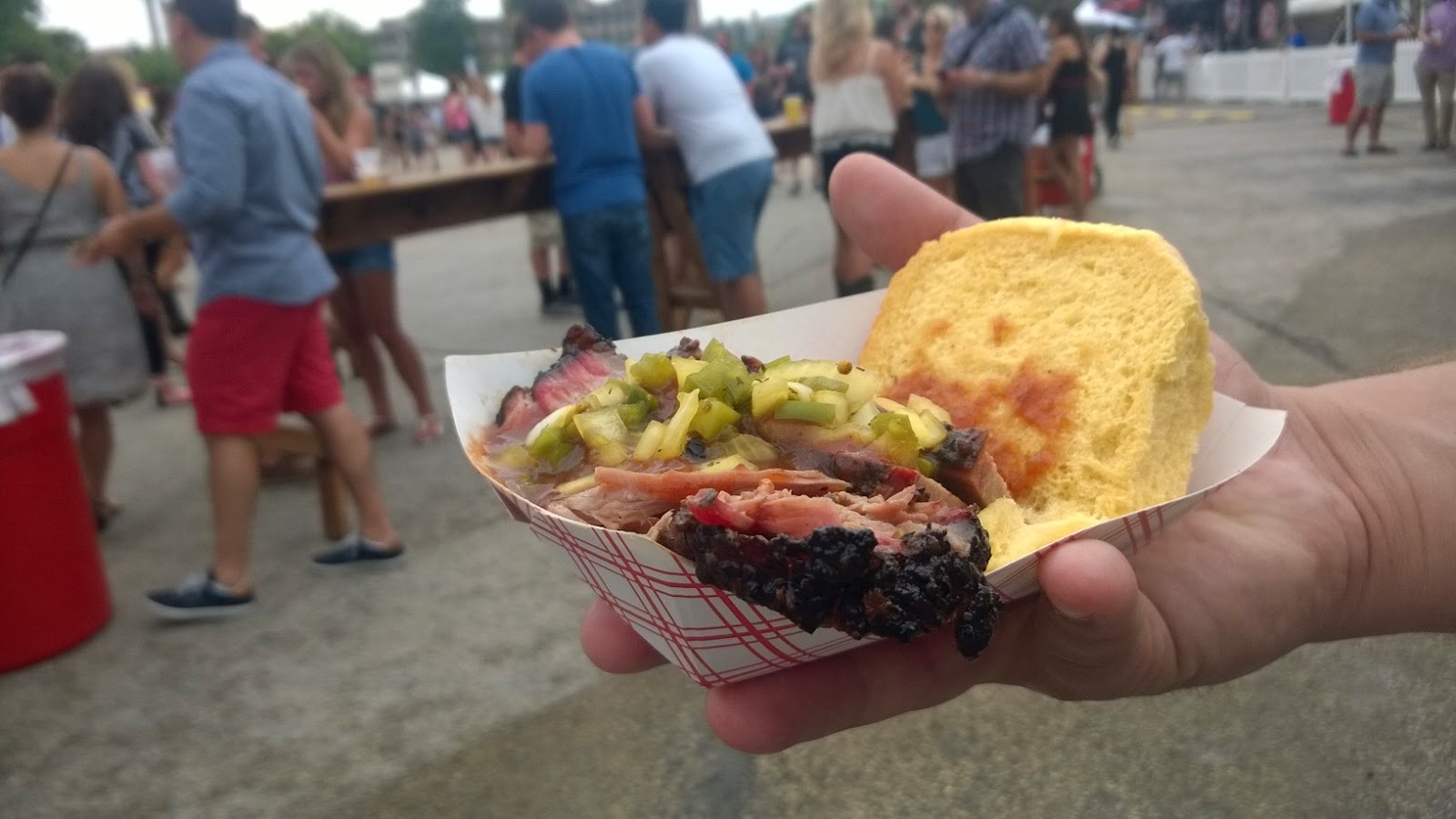 This was legit - jalapeno cheddar smoked sausage from Smoque BBQ.  I mean.  WHAT. 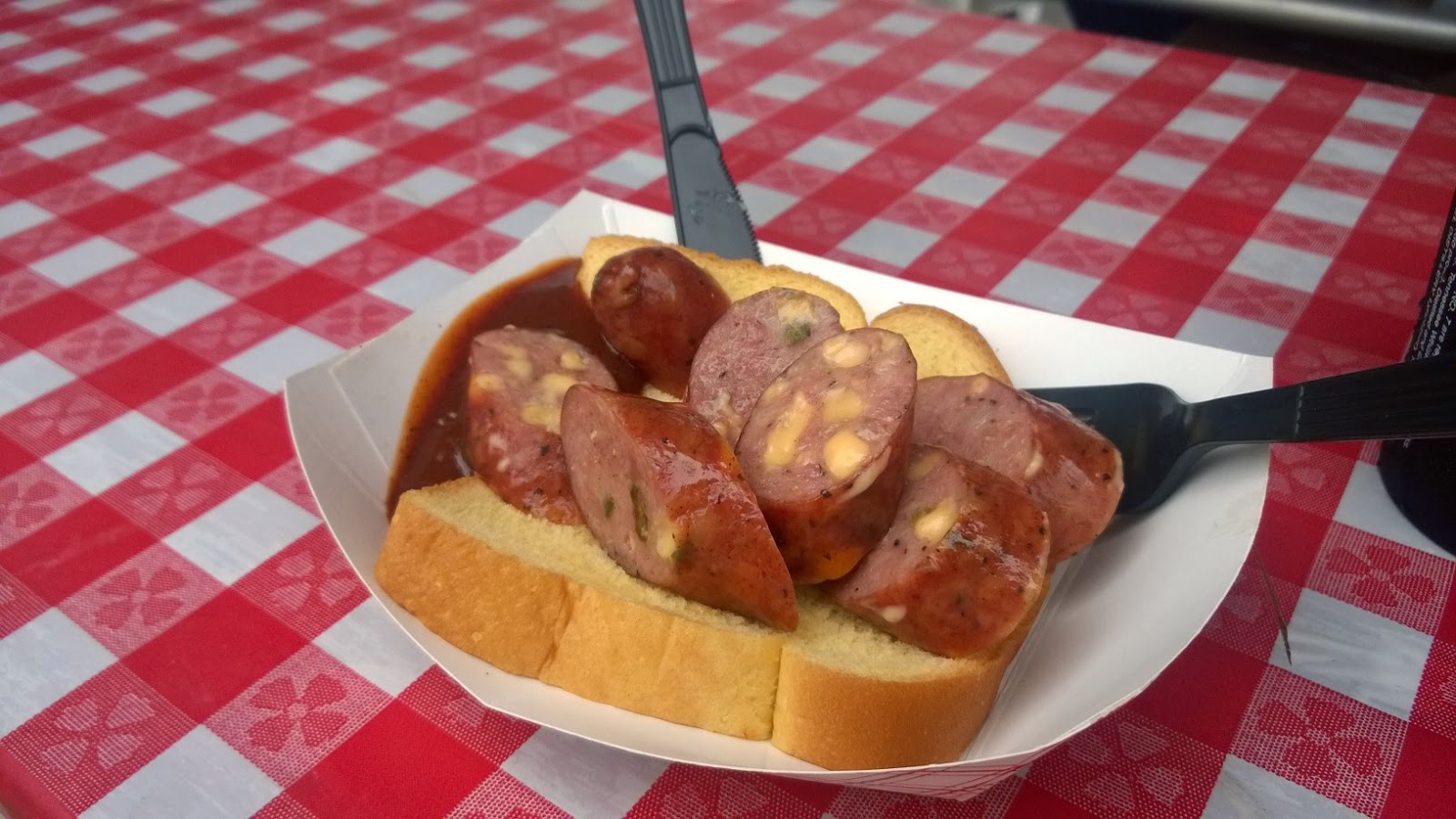 Ribs.  Obvi there would be ribs.  There were from Pappy's.  They were amazing.  Fall of the bone tender with a TON of seasoning that formed this chewy flavorful crunch.  Hello. 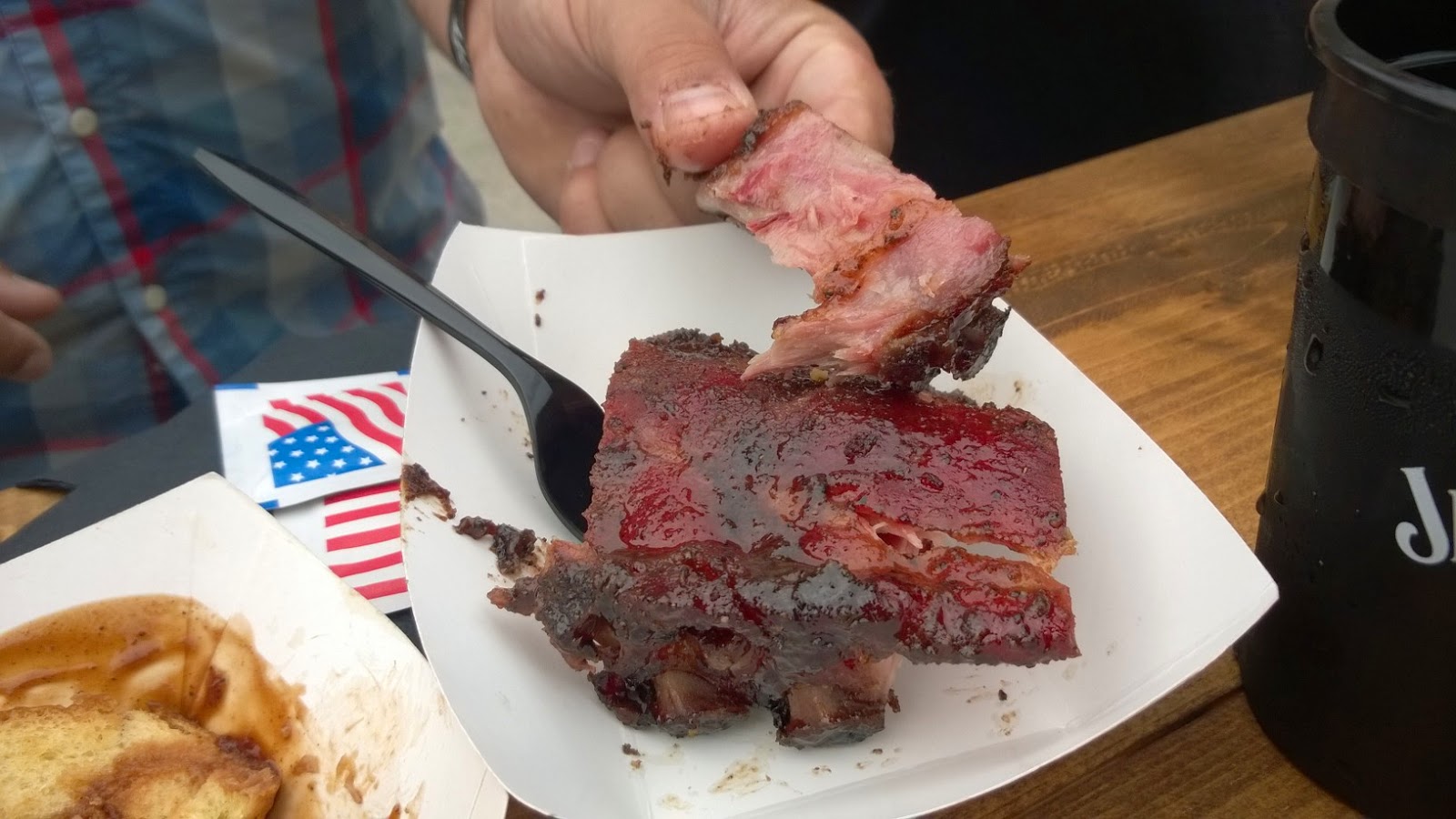 This was my favorite.  I went back for seconds.  And then I went back for seconds again. Thirds? Fourths?  I lost count.  This was the smoked sausage from Salt Lick...and their BBQ sauce which could seriously make you cry.  I did a big no no and would bring meat from other stands and slather it with Salt Lick's sauce.  I think they were slightly annoyed but who can blame me? 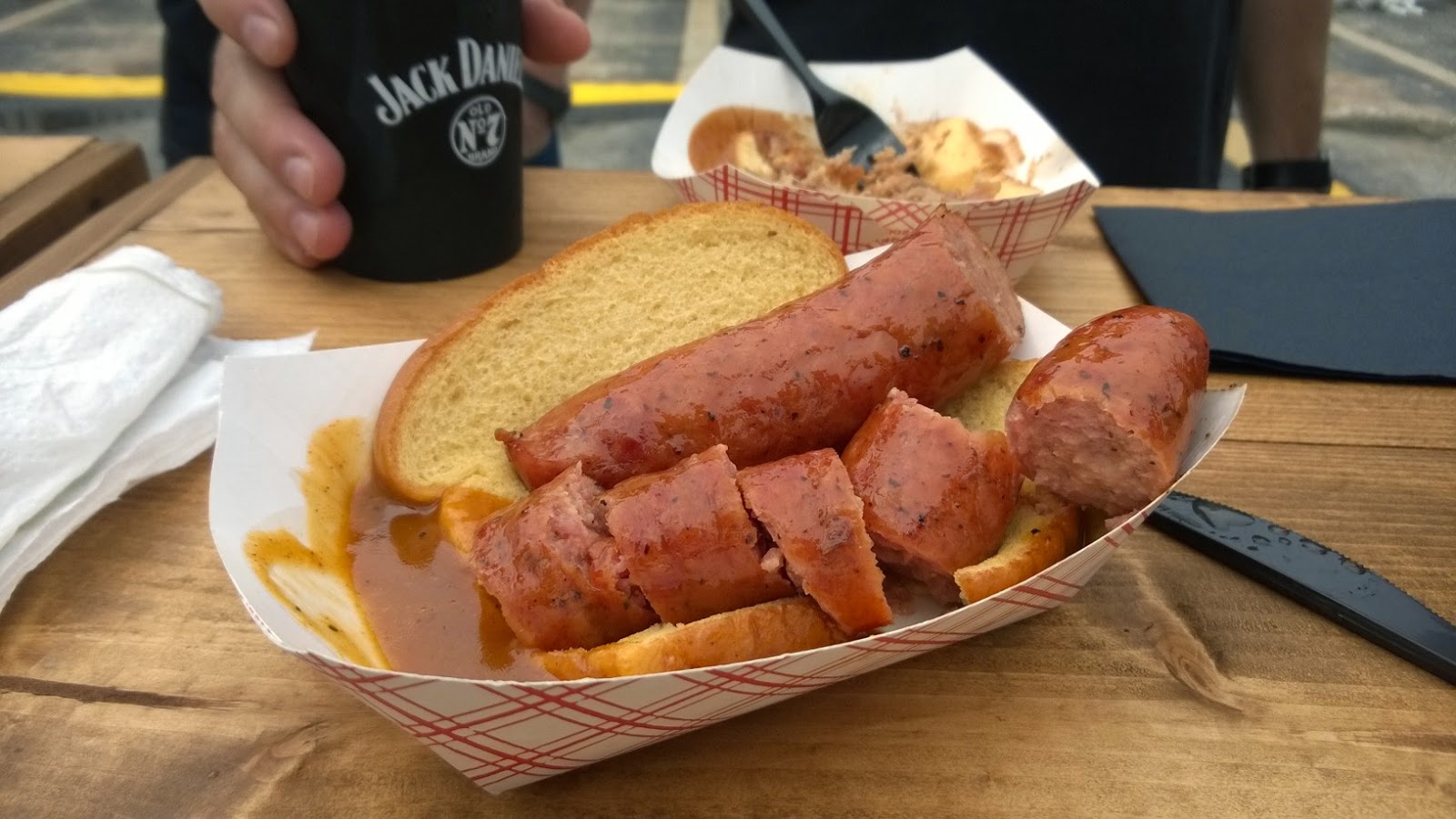 This is our kind of happiness.  Food.  Sun. Whiskey.  Beer.  And friends.  Very good friends. at 7:00 AM
Email ThisBlogThis!Share to TwitterShare to FacebookShare to Pinterest
Labels: BBQ