The Lunatic at the Farmers' Market

Posted by Caitlin
I don't know where you're from, but it is pouring (POURING!) here right now.  It started this morning ten minutes into my Stroller Strides class and continued to come down like crazy.  After our soggy workout, Will and I came home and resumed our regular schedule of napping, eating, napping, and eating.  It was somewhere around three o'clock when I remembered that today is my small town's weekly Farmers' Market.

I don't know what came over me, but I thought about all of the farmers who had grown produce, harvested produce, and schlepped produced to the market this afternoon just to be greeted by an empty street and a bunch of rain.  Finding myself unreasonably worked up about vegetables, the plight of the local farmer, and the state of American agriculture, I bundled Will in his carseat, dug out my raincoat, checked to make sure I had cash, and drove downtown. 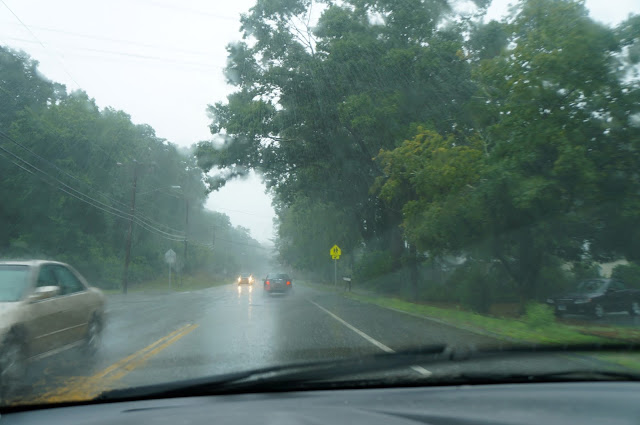 I covered Will's carseat, popped it onto the stroller, pulled up the second rain cover, covered him with a blanket for good measure, and headed towards the stands.  (I noticed one of the women selling veggies taking a photo of me with her cell phone.  "Please don't be sending that to Child Protective Services," I thought.)

I should mention that I'm an impulse shopper at the best of times.  I have about 40 pairs of Anthropologie earrings to prove it.  Now factor in the rain dripping down my neck and creeping into my sneakers with the fresh, tasty treats in front of me and the cash burning a hole in my pocket.  I was basically like a contestant on Supermarket Sweep, but pushing a stroller instead of a shopping cart.


Twenty minutes later, I loaded Will and several bags of food into my car and braved the downpour home.  "What did you get?" Jesse asked as he helped me bring stuff into the house.  "I'm... not sure," I realized.

Once inside, we opened up the now-soggy paper bags and surveyed the bounty.  It was as if I had blacked out while rushing to support my local farms and instead of waking up with a terrible headache, I ended up with a bag of peaches, three ears of corn ("why three?" you might ask.  fair question), a bag of cherries, a loaf of ciabatta, some cherry tomatoes, THREE different types of cheese (great success!), two eggplants, a bunch of kale, one lone cucumber, and a small bar of goats milk soap (???).  All in all, a pretty good haul. 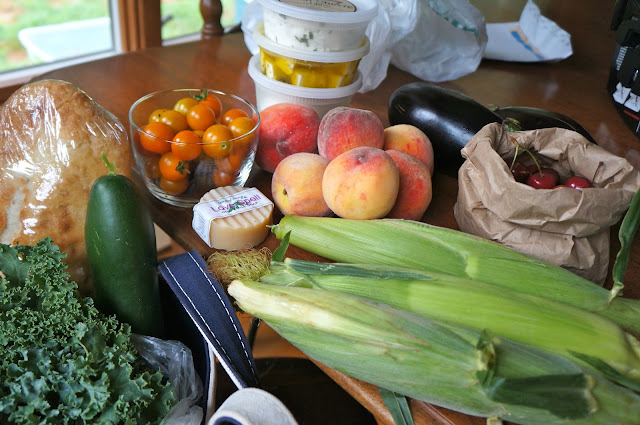 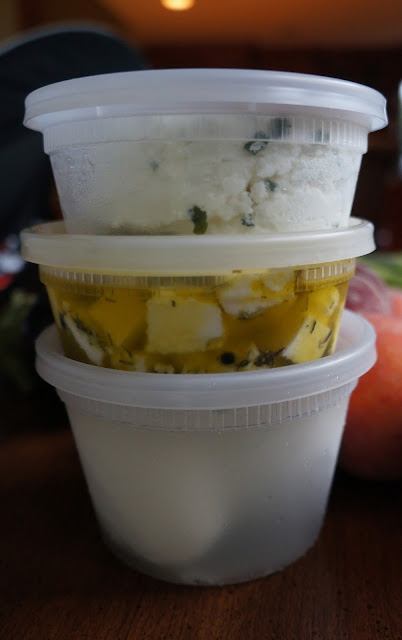 After putting everything away, I was scanning my Facebook feed and realized that the iPhone-camera-happy farmer wasn't reporting me, mom of the year, to the authorities but instead had uploaded a photo of us to their page.  Greeeeeat. 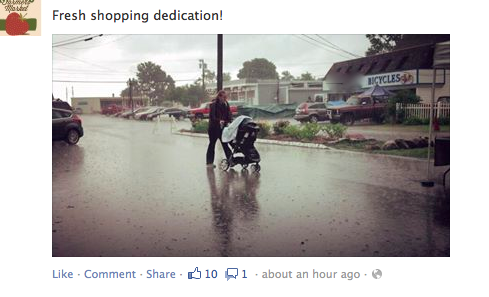 Just another adventure in local eating!  Stay hungry and stay dry!
Pin It

at 6:54 PM
Email ThisBlogThis!Share to TwitterShare to FacebookShare to Pinterest
Labels: Baby