How I Came to be at Howard Stern's Birthday Bash

Posted by Caitlin
If you saw my Instagram last Friday night, then you probably saw me humble brag casually mention how I was having the time of my life at Howard Stern's 60th birthday party. 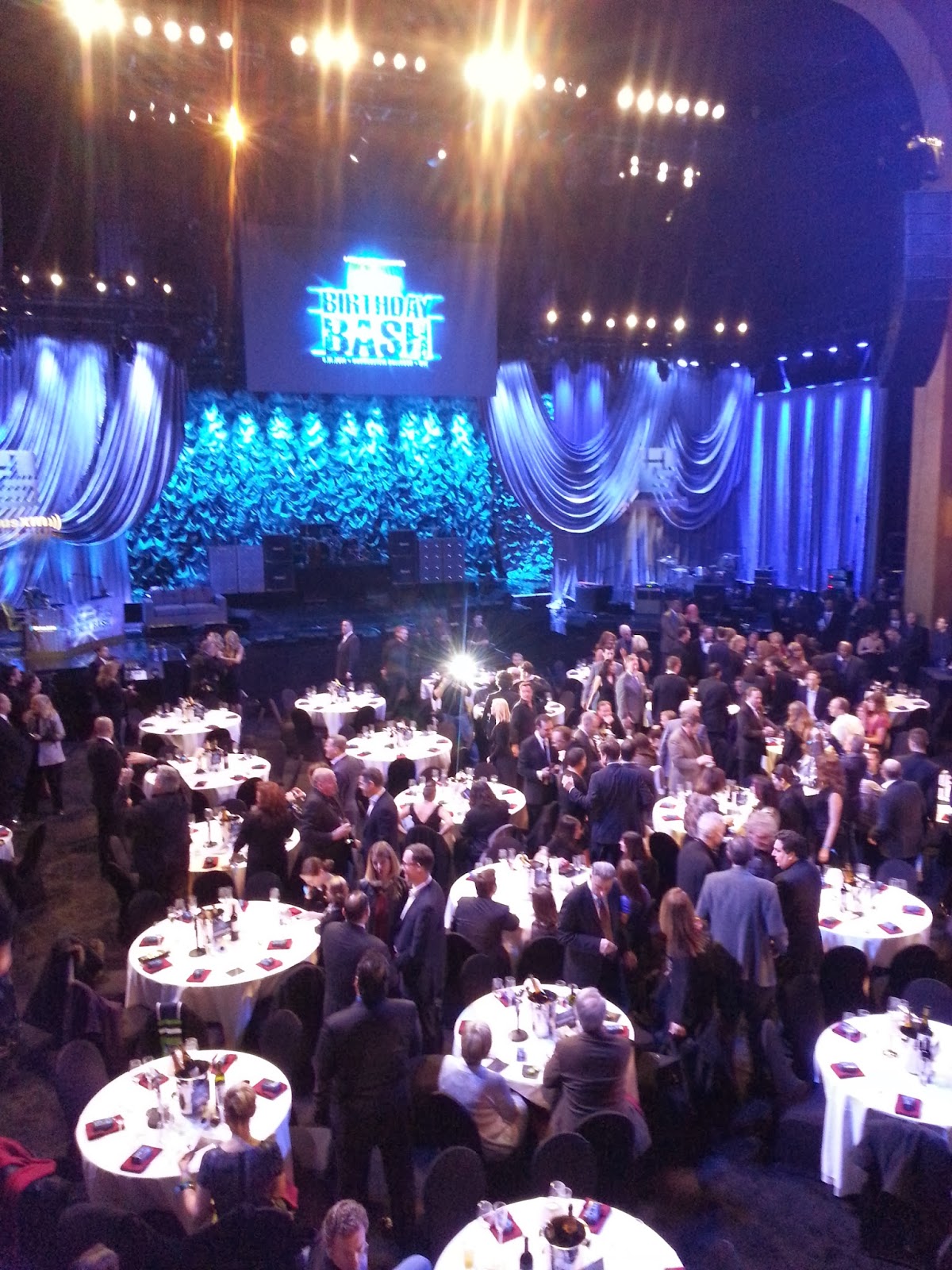 Much to the bewilderment of my parents and the amusement of Jesse, I'm a real Howard enthusiast.  Stern fans like to say how long they've been listening.  It hasn't been 30 years in my case, but in 7th grade I started listening to Howard for the first time.  I had art first period and my teacher let us listen to KROQ every morning.  Fast forward 15 years - I started driving long distances for work with Sirius in my new car.  Howard once again became part of my daily routine.

Right before Christmas, Sirius sent emails to subscribers offering tickets to Howard's much-hyped "Birthday Bash" on a first-come, first-served basis.  I signed up, crossed my fingers, and was shocked a few weeks later with confirmation for a pair of tickets.  Eeeeeeeeeeeeeeeeeeeeee! 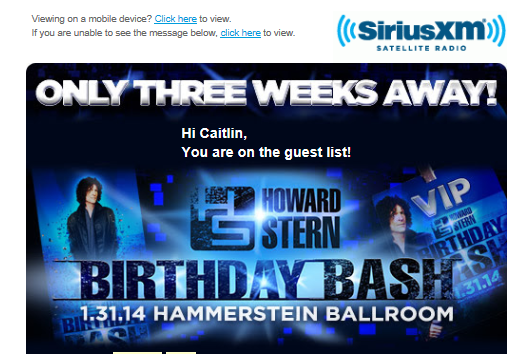 It was the most incredible night.  I've seen lots of pictures since Friday of the red carpet, but here are some (blurry) shots of a fabulous evening.  There were tables on the first floor of the Hammerstein Ballroom, but our free seats were up with the hoi polloi.  We were seated with a bunch of ticket winners and lower level Sirius employees up on the balcony, sequestered away from Tracy Morgan, Heidi Klum, Katie Couric, and the crazy list of other people there.  The only celebrities I was rubbing elbows with were Howard's Wack Packers.  I'll take it. 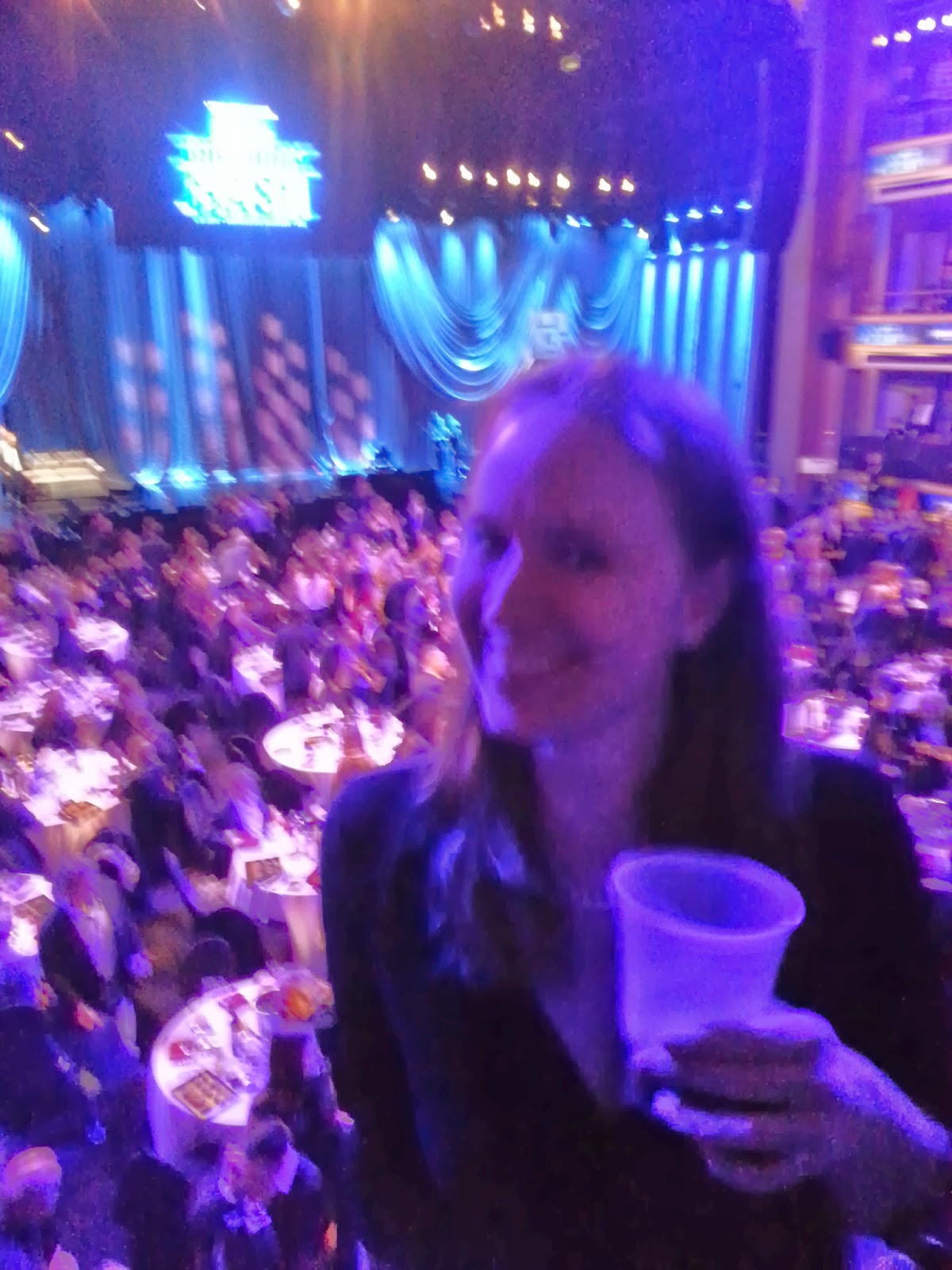 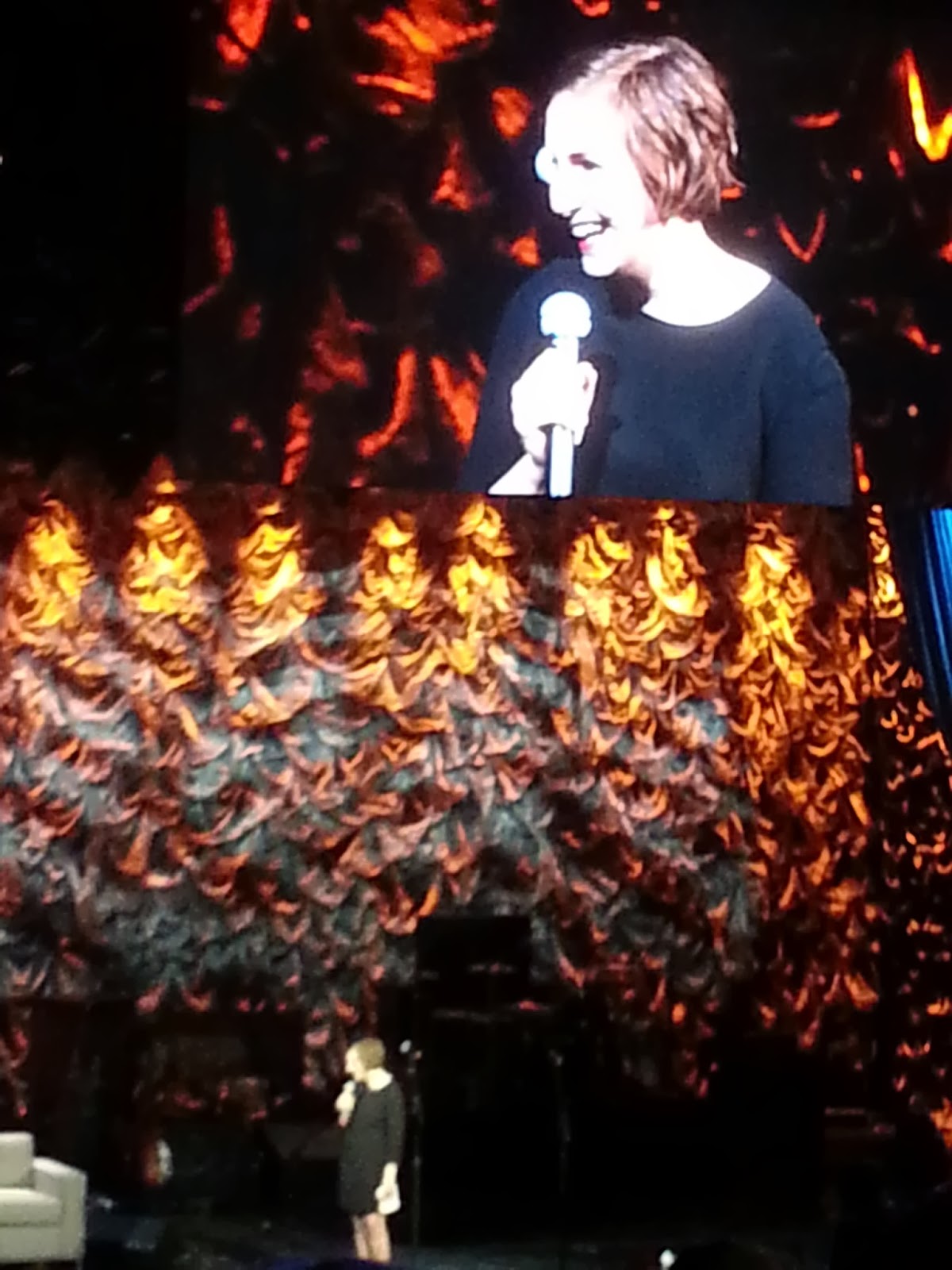 Jesse and I (and the rest of the crowd) were excited to see Bryan Cranston come onstage.  He did his best Walter White AND his best JD Harmeyer. There was an open bar throughout the night along with oysters, tacos, bacon tater tots, calamari, and sliders.  At the end of the evening, we all got to sing "Happy Birthday" and head home by 10:30 (luckily, Howard and I are on the same page about early bedtime).  It was a really amazing night and I want to do it all over again!  Happy birthday, Howard!

PS - You know how sometimes I say "This has got to be the randomest Hardly Housewives post"?  I think that this one seriously has to take the cake.
Pin It

at 6:59 AM
Email ThisBlogThis!Share to TwitterShare to FacebookShare to Pinterest
Labels: super random