The Trouble with our Cat

Posted by Caitlin
So, we have this cat: 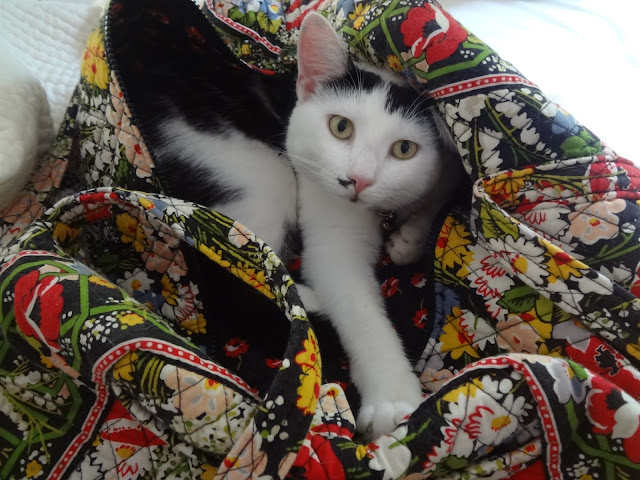 This is Ethel aka Methyl (adopted at the height of our Breaking Bad addiction).  She's lived with us since October 2011, but recently she's developed a worrisome problem.

It started last fall.  She didn't come in with the rest of the pets one night, which was pretty unusual (but not unheard of).  When she didn't show up for breakfast the next morning, though, I became pretty worried.  The woods behind our house are full of coyotes and fisher cats and other beasts who would gleefully eat up a chunky, friendly, Iams-fed housecat.

After a few hours of fretting and calling for her, I heard a meow coming from a back corner of our yard.  I followed the sound out past our stone walls and after searching all over the forest floor near her mewing, I finally looked up about 30 feet: 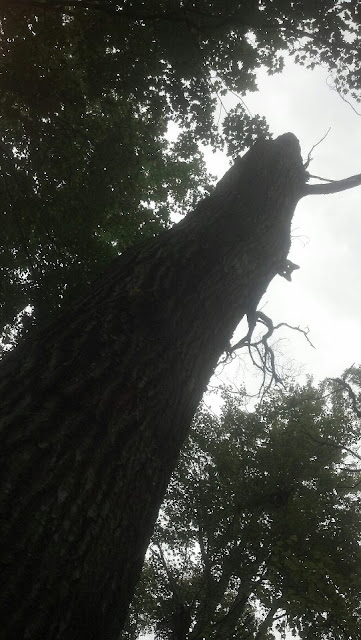 I posted the above picture on Facebook and asked my friends for some ideas besides calling the fire department (the old school way of retrieving your cat from a tree).  They suggested showing her food, shaking the tree, and using a ladder.  Somebody also advised, simply, "Rifle".

By the end of the day, I was convinced she was going to fall or otherwise meet a grim demise.  Jesse borrowed a ladder from our roofer neighbor and climbed up to get her.  (When I told this to my parents, they just about killed me.  Cat lovers though they are, they couldn't agree with the father of their as-yet-unborn grandchild risking life and limb to rescue a cat who couldn't get herself out a tree).

So Jesse got Ethel down.  Crisis averted, right?  Wrong.  Two days later, I heard the same mewing from a different corner of the yard.  This time, she was up too high even for our neighbor's tallest ladder. 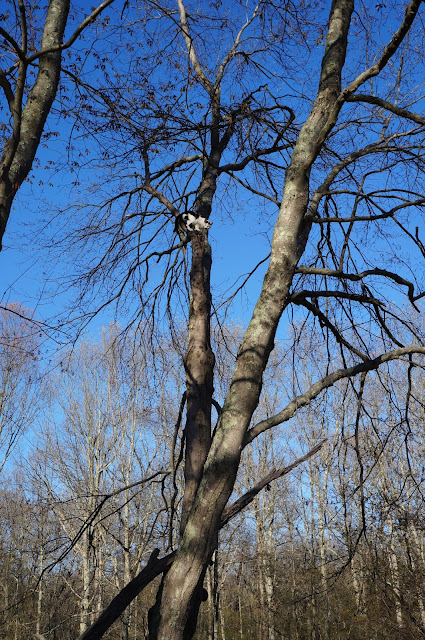 We leaned a ladder up against the tree as high as it would go, then waited for her to get herself down.  Five days of forlorn meowing later, she finally got herself down.  Her little white ears were burned from five days in the sun.  She was hungry and tired.

And yet, a few weeks later: 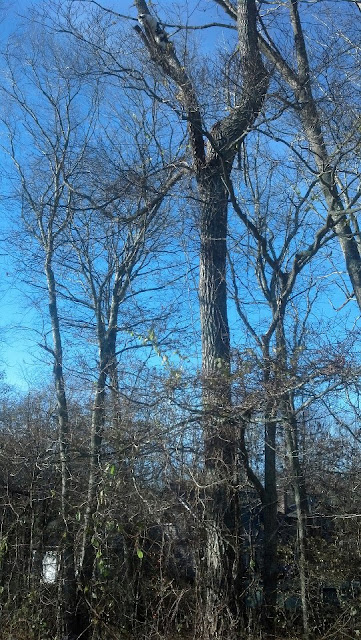 And on and on.  Ethel was averaging about 5 nights a month up in a tree.  She went up a tree the day we brought Will home, came down during a rainstorm 4 days later and then immediately got stuck up another one later that afternoon (where she stayed for almost a full week).  She always comes down hoarse, sunburned, and as skinny as the day we got her from the shelter. 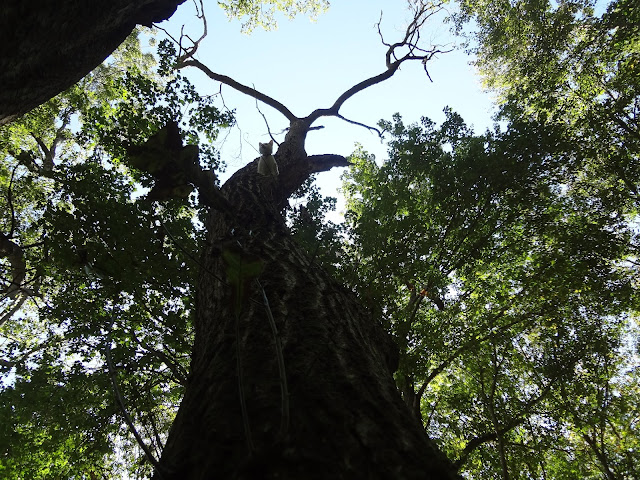 Most recently, she was up in a tree for 8 days.  In 90 degree heat.  She's home now, but I feel like a terrible pet owner here and I'm looking for some ideas besides "keep her inside forever".  She's consistently up too high for ladders.  She's obviously pretty miserable up there and I'm worried that at some point she's going to fall out from hunger or dehydration.  Any secret cat whisperers out there?  Any feline behavioral experts?  No?  Weird.

at 5:46 AM
Email ThisBlogThis!Share to TwitterShare to FacebookShare to Pinterest