Posted by Caitlin
I've posted here & here about the biggest decor project we've taken on at our house thus far... the living room's two story map wall.  The project started in 2006 with a map of Vieques we bought while vacationing on the island.  Seven years, many countries visited, & lots of maps later (plus some printed from the Library of Congress site & purchased from antique stores), we have a full map wall in our living room: 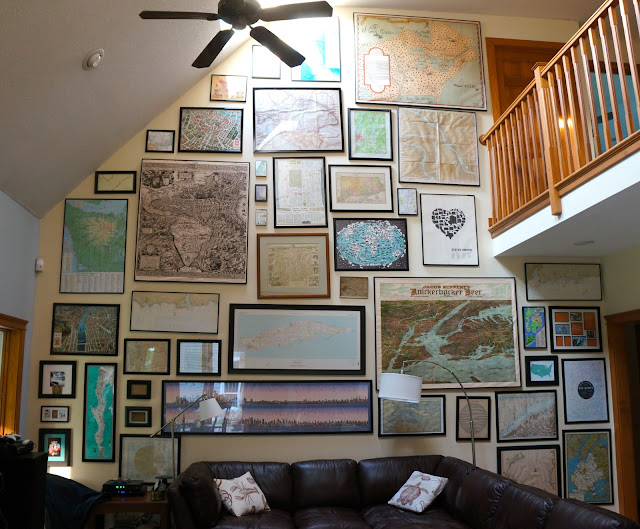 It's tough to photograph with the light coming in from skylights & reflecting off of the glass on the frames, but the photo above gives you an idea of the scale.

We started out with a (very tall) ladder (note my cat on top) & a program called Google Sketch Up. 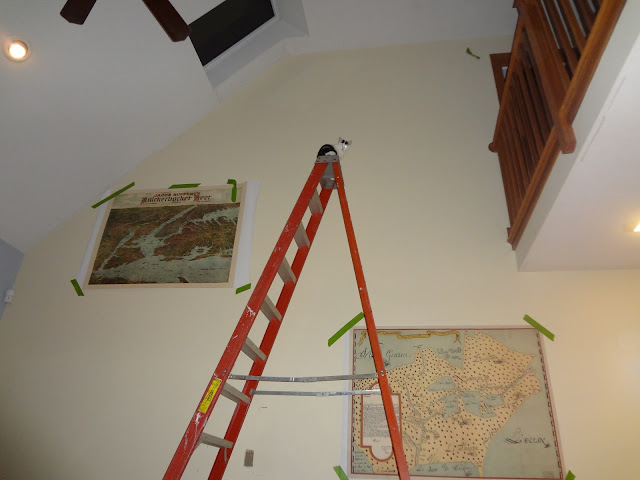 Google Sketch Up allowed us to map out exactly where each print would go (it looks messy & required a lot of measuring beforehand, but helped us plan a spot for each map): 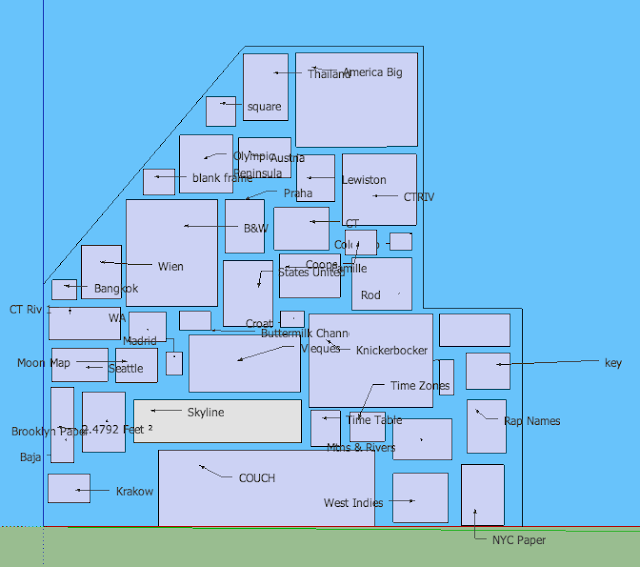 Some of the maps are traditional, some are artsy (or Etsy), and some are perhaps not what you would think of when somebody says "map": 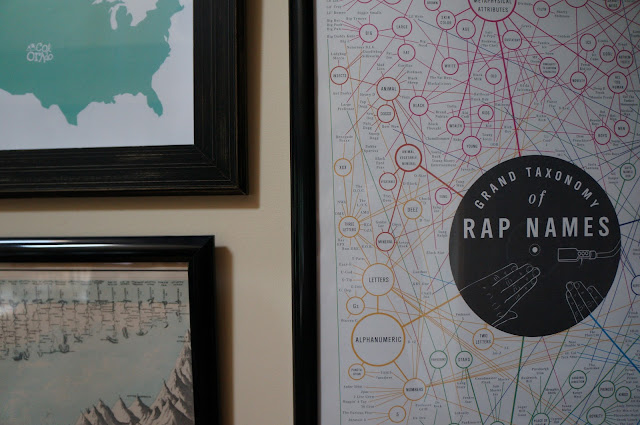 We have old maps and new maps, one from a wedding in Cooperstown (annotated with landmarks near and dear to the couple), a few postcards, Jesse's dad's old fishing maps, and maps in German, Thai, English, Czech, & Spanish.  We have a Super Mario NYC map.  We have a map of Little Compton, RI & a map of the seas of the moon. 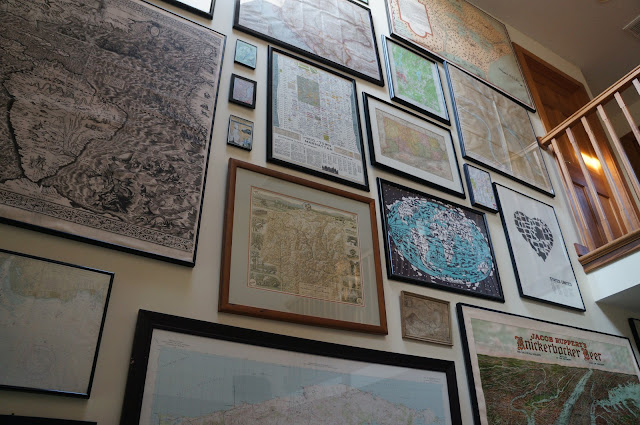 When we hung everything up, we knew this was an installation that we'd keep up for a long, long time.  This wall is one of the first things you see when you walk into our house and it's made a huge difference with making the house feel like it's ours.

We still have two tiny frames to fill, as well as a key that will show what each map is of for easy reference (people often ask "What's that one?" when looking up at the wall).  It's tough keeping the maps straight and more or less impossible keeping them all dusted, but I'm still loving how it looks and will for a long time.  Let me know what you think & stay homey!
Pin It

at 6:17 AM
Email ThisBlogThis!Share to TwitterShare to FacebookShare to Pinterest
Labels: Homey