A Visit to Eataly

Posted by Caitlin
I was in NYC this past weekend celebrating my 30th (!!!) birthday and had some down time on Saturday afternoon to go meet one of my friends at Eataly.  Though Eataly opened while I was still in the city and working two blocks away, I had never been before and we decided to go for lunch.

I should preface this by saying that if I did still work two blocks away from Eataly (which is on the corner of 5th Avenue and 23rd Street), I would never choose to go on a Saturday afternoon at the beginning of the holiday season.  It was super crowded and full of tourists.  Like overwhelmingly crowded.  But if you can get past the crowds (or go during off hours), it really is an amazing place. 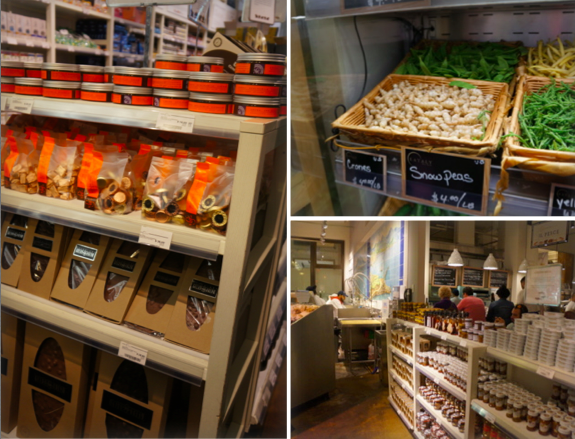 Offering the most incredible selection of both fresh and packaged Italian foods, it reminded me of the food market Jaisa & I visited while in Madrid.  Or like a very high end, very Italian version of Pike Place Market in Seattle.  There were fresh veggies (while killed my theory that this was only a place for tourists), desserts, all sorts of canned and jarred meats and fish, oils, cookbooks, housewares, and SO MUCH PASTA: 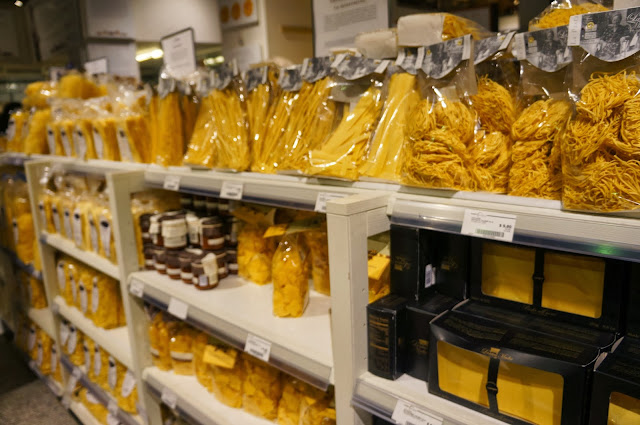 My friend Sarah and I met inside and beat the crowds downstairs by heading up to Eataly's rooftop bar, Birreria. 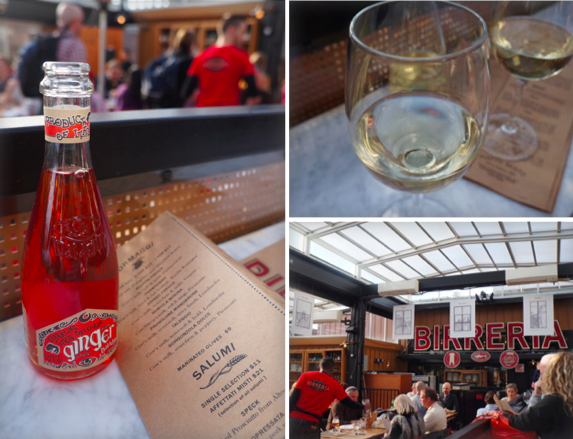 We found a spot at the bar and ordered some drinks.  After relaxing a bit upstairs, we headed back down to the market to get some food and shop around.  Not pictured, because although the crowds had died down a bit by then, it was still super crowded and hard for us to find a place to sit.  So we ended up with more wine.  It should be called "Drinkaly," amirite? 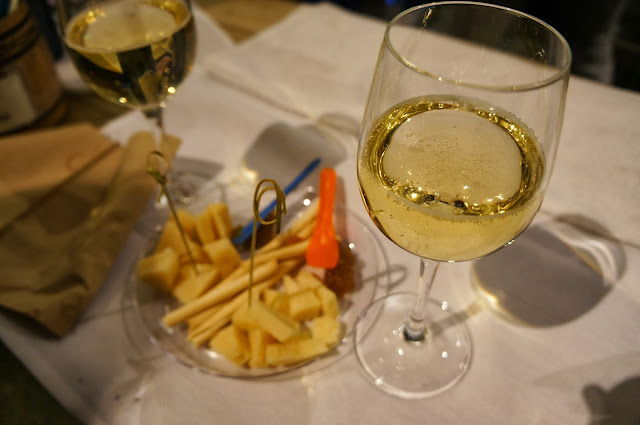 Luckily our two glasses of asti spumante came with a mini cheese and crackers plate as well.  We sipped our wine, enjoyed the cheese, and then left Eataly without having actually eaten a whole lot.

I have to be back in the city later this week and am thinking about making a trip to Eataly during what I would imagine is a quieter time.  Any suggestions on how to beat the crowds there?  Any of Eataly's restaurants I should try?  Let us know and stay hungry!
Pin It

at 8:02 AM
Email ThisBlogThis!Share to TwitterShare to FacebookShare to Pinterest