Bruschetta on the Grill

Posted by Caitlin
Jesse & I got a grill as a wedding present but just set it up at the beginning of the summer.  As a vegetarian, the grill isn't traditionally my cooking method of choice.  When we have barbecues, I usually just eat the sides or occasionally cook up a Gardenburger on the "vegetarian corner" I've mandated for our grill.

I've decided to embrace vegetarian grilling.  I made grilled corn on the cob recently and I've made a few rounds of this grilled tomato bruschetta.  This is a tasty, summery, & quick appetizer that allows you to combine rich grill flavor with fresh garden ingredients.  Looks like Jaisa and I are both into grilling bread these days, because this has a similar foundation to her Grilled Bread with Avocado recipe. 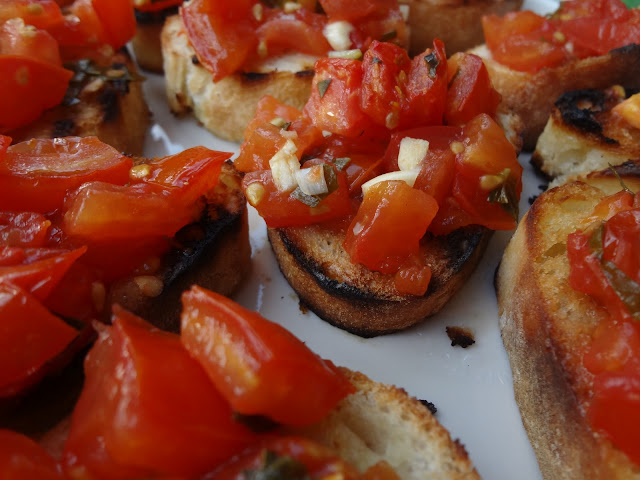 First, I sliced up my baguette and brushed both sides of each piece with olive oil.  Grilling bruschetta was a suggestion from my acupuncturist and, when we discussed it yesterday, said that she slices the bread at a diagnoal for the greatest tomato to bread area.  SO smart.  I will be trying it that way next time but this time around it's just little slices... 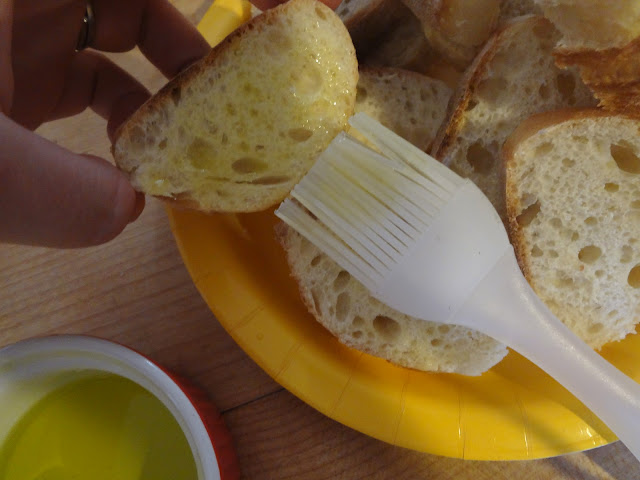 Then I chopped up my tomatoes, julienned my basil, and sliced up my garlic.  I tossed together and added a splash of balsamic vinegar, plus salt & pepper.

Here's where I decided to use the grill as much as possible (here in New England, while it feels like summer will last forever, it'll be full-on fall before we know it).  I took a sheet of tin foil, rolled up the edges to fashion a makeshift cookie sheet (but thinner, so the tomatoes would grill better), and put the tomato mixture on top: 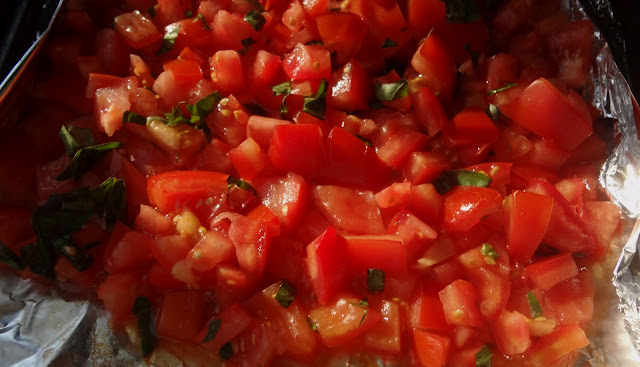 I left it on the grill for about 20 minutes at medium heat.  It smelled UNREAL when I took it out: 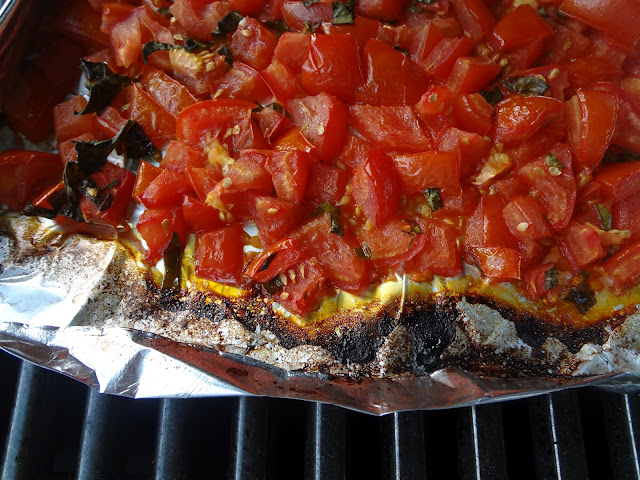 While the tomatoes cooled, I carefully grilled my bread pieces.  Checking periodically to make sure they didn't burn (too much), I flipped with tongs when they had grill marks: 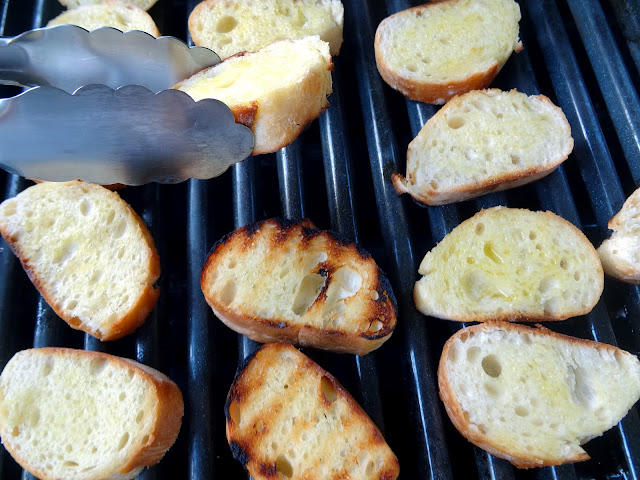 I could have eaten these alone (when I saw Jaisa in Maine earlier this month, she said to her dad, "Caitlin is obsessed with bread") but knew there was the tasty tomato mixture waiting to top these crusty treats. 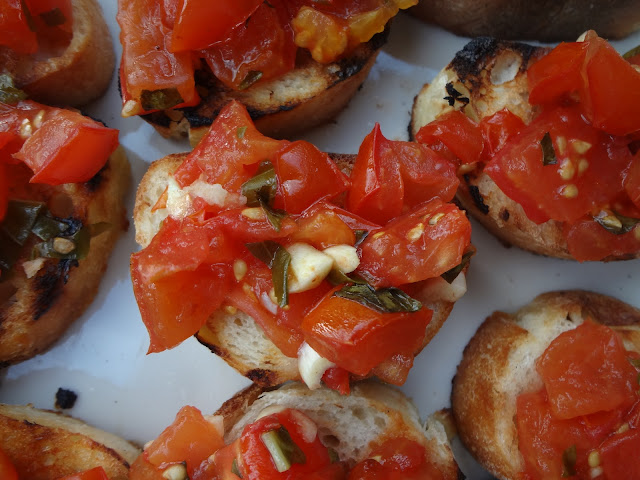 You could add cheese, but I didn't.  Weird, I know.  Maybe next time.  These are perfect without cheese, but could be a bit more substantial with a slice of fresh mozzarella underneath the tomatoes. 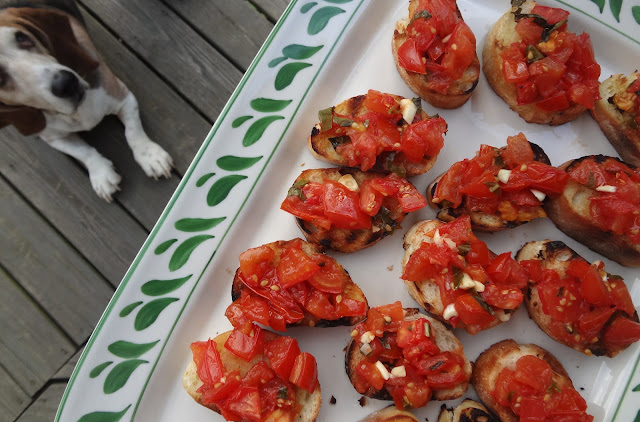 I served these to my family when they were visiting and they went very quickly.  So quickly, in fact, that despite waiting patiently, Fred didn't even get a piece.  Enjoy grilling season and stay hungry!
Pin It

at 10:51 AM
Email ThisBlogThis!Share to TwitterShare to FacebookShare to Pinterest
Labels: Appetizers, Fred, Grilling, Tomatoes, Vegetarian