Posted by Caitlin
have mentioned that I have been trying to get myself to South Africa for years now.  ﻿Though the safari was unforgettable and an added bonus, Cape Town was what I was really interested in seeing and experiencing.  I had heard of how beautiful it is, how laid back the people are, and, yes, that there were PENGUINS within driving distance.  It didn't hurt that I also have two wonderful friends from my camp counselor days who live there and have been begging me to visit for years.

Cape Town lived up, and more.
A city set between mountains and the ocean, it has to be one of the most beautiful cities in the world. 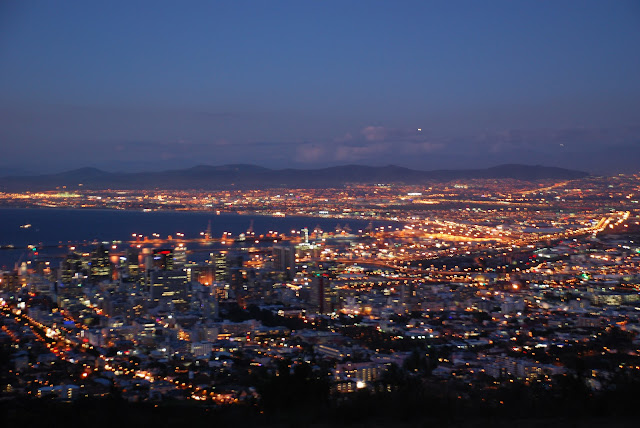 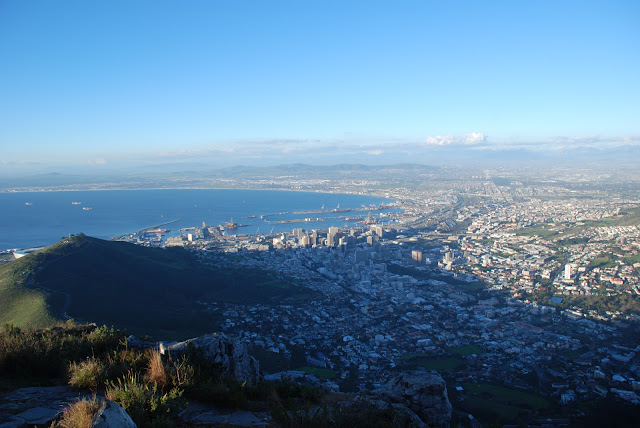 Table Mountain, perhaps the best known vista in Cape Town, as viewed from a park downtown (the flat mountain on the right)... 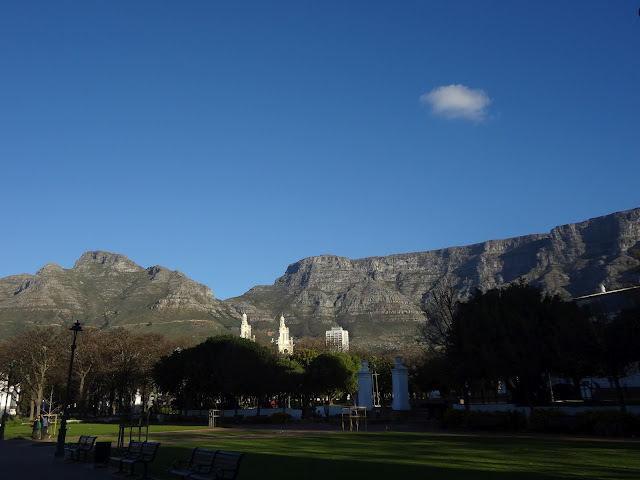 Jesse and I rented a car and drove around the city and the suburbs one day.  Ten minutes away from downtown, we were greeted with these gorgeous views: 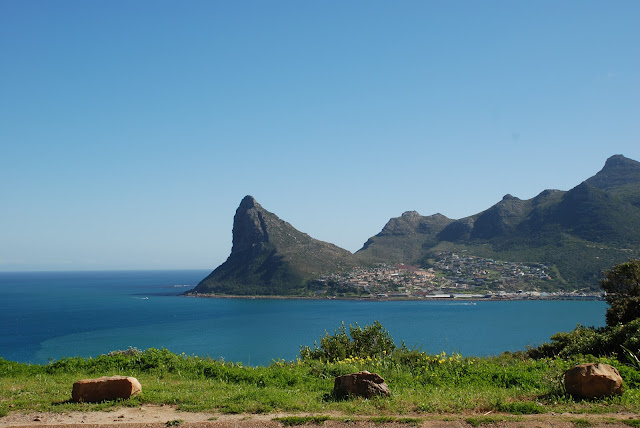 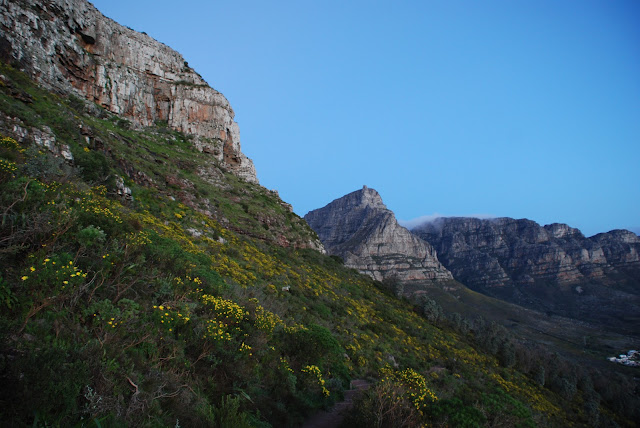 We were visiting in August, which is (a very, very mild) Winter in South Africa.  I can only imagine what it's like during the summer.  All of Cape Town has a very beach-towny feel and I am dreaming of heading back in December to check out the surf beaches and go for a swim.

My sweet friend Alison was kind enough to take us down to Cape Point (aka the Cape of Good Hope) one day: 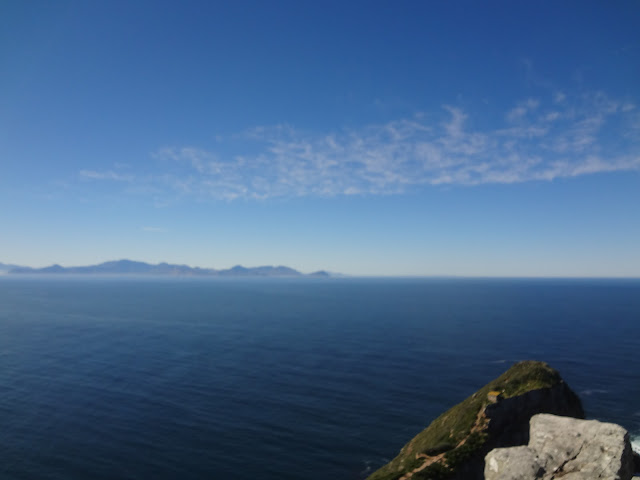 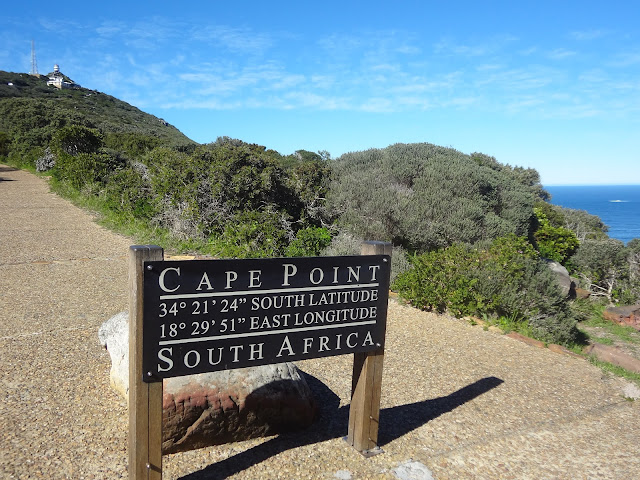 Cape Point was originally thought to be the southernmost tip of Africa, but that honor now goes to a nearby Cape Agulhas.  There still seems to be some confusion around this, but it was a beautiful trip down (about an hour from Cape Town) and we got to see where the Atlantic and Indian Oceans meet.  And, on the way home, some baby penguins: 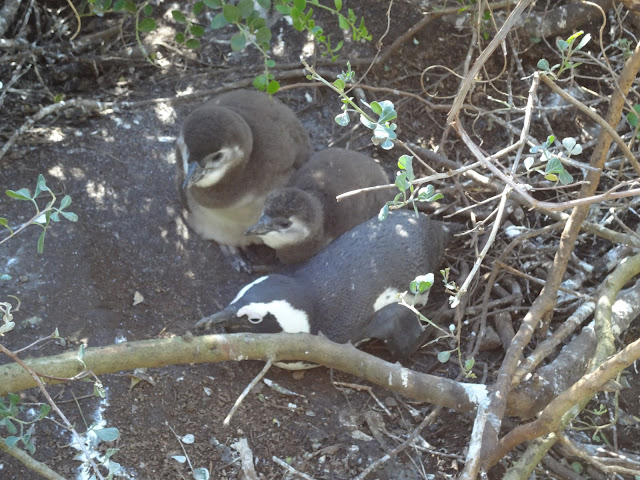 So, if you can brave the long flight over there, I cannot recommend it enough.  I have been calling Cape Town "the city of my heart" since well before I visited, but now I know it's true.  I will be back to normal crafty, homey blogging next week!  Until then, enjoy a few more photos: 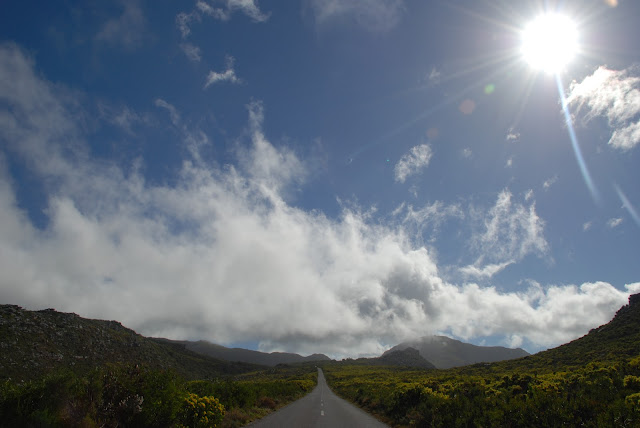 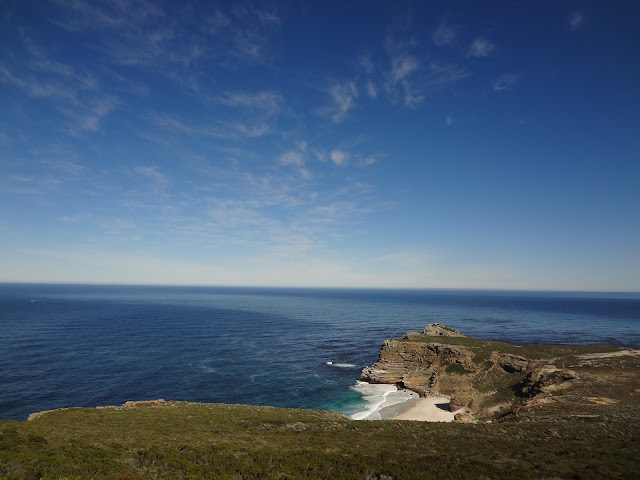 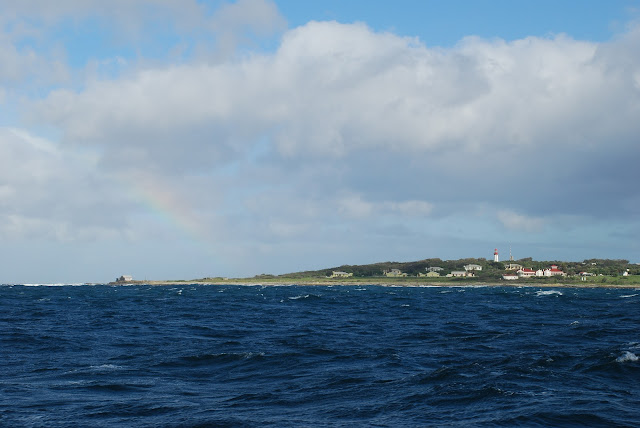 at 9:08 AM
Email ThisBlogThis!Share to TwitterShare to FacebookShare to Pinterest