A Proper Irish Breakfast for Two

Posted by Jaisa
﻿
It seems a little odd to be posting about food when the entire eastern seaboard is getting owned by Sandy.  I'm sitting in my cozy, dry, Chicago condo and am safely watching the storm from under my duvet.  My entire family (including Caitlin, well she's not family but almost) is on the east coast.  I don't like it.  I don't like it one bit. Stay safe out there my peeps. 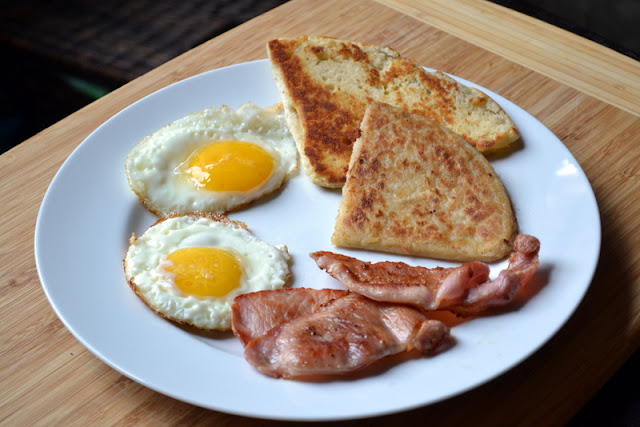 Anyway, the food show must go on so here we go.  On.

Our dear and oft mentioned friends, Rick and Jenny (Ralph's parents) returned from Ireland and brought back a TON of amazing goodies.  In addition to a giant box of chocolates, nativity calendars, jam, etc. they brought us the key items to make a proper Irish breakfast.  Sigh.  Begin the waterfall of drool.

To begin, they brought us soda farls.  Basically it's soda bread that has been flattened and broken into four pieces or "farls."  Don't worry.  I didn't know that.  I had to look that up.

It was doughy but light, and just delish.  I grilled each side in a skillet with some butter until it was nice and toasty and crispy.  YUM. Next, came the potato farls. This was unlike anything I had before.  It was like a dense, savory pancake made with mashed potatoes.  I know, sounds loco, but it is SO good.  I grilled this in a pan as well.  Also with butter.  Duh. 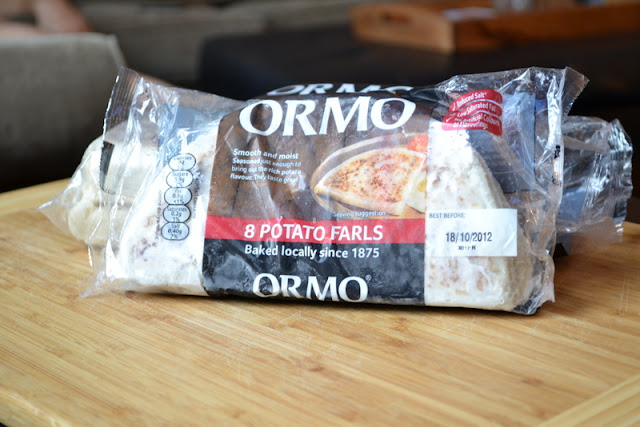 Oh lord.  Oh sweet lord.  RASHERS.  Rashers how do I love thee?  Let me count the (ten) different ways.  One for each of you.  Rashers are like bacon but like a hundred times better.  They are sliced thin and aren't cured, but are still nice and salty.  It's as though bacon and ham had a baby and named her Rasher.  Actually, that's exactly what it's like. 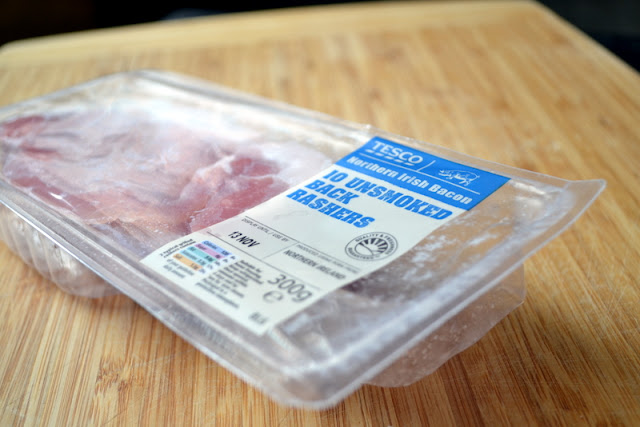 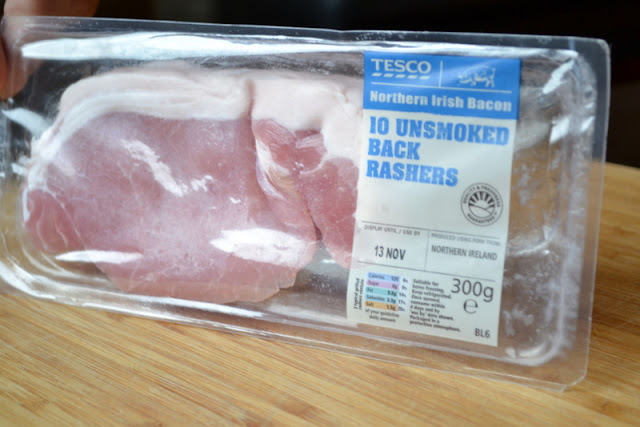 With a couple fried eggs, Charlie and I kicked off our Sunday in true and utter bliss.  You can see the difference in the soda farl vs. potato farl.  The soda farl is bigger and fluffier and the potato farl is smaller and more dense. 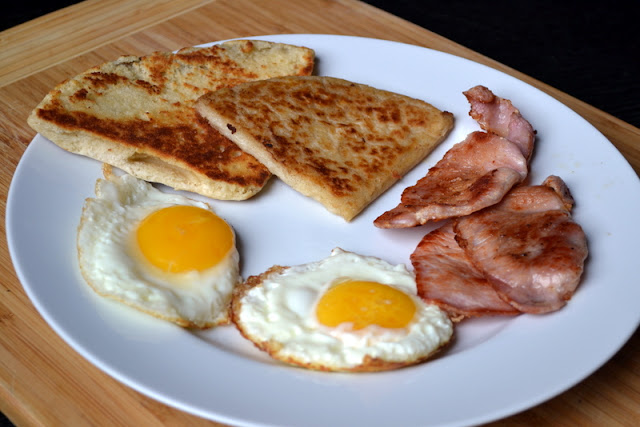 This makes me want to move to Ireland.  Ralph?  You coming with? 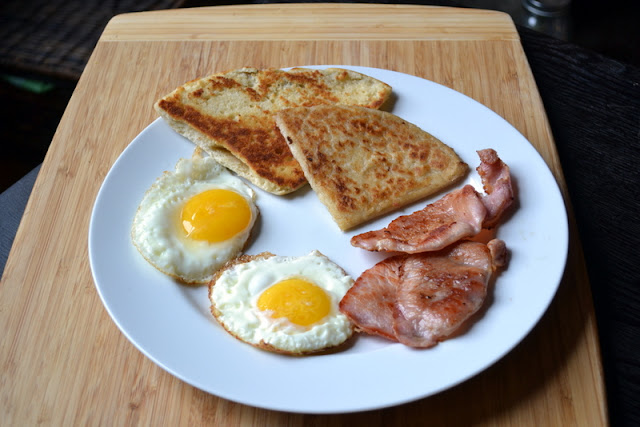 THANK YOU Rick and Jenny for such an amazing and thoughtful gift.  If you would like to sample some amazing, authentic Irish food like rashers, you can order them from Tommy Moloneys.

at 7:00 AM
Email ThisBlogThis!Share to TwitterShare to FacebookShare to Pinterest
Labels: Breakfast, Brunch