Posted by Jaisa
No one said healthy has to be boring. 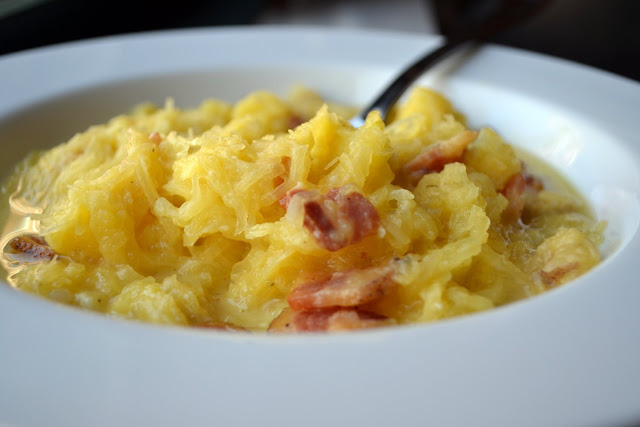 Actually, I think I said that.  And I usually mean it, but not this time.  This was yummy and easy and something I've been meaning to make for a long time.  I LOVE spaghetti squash.  I just think it's delicious.  So, why not combine it with one of my favorite ways to make pasta?  Done and done. 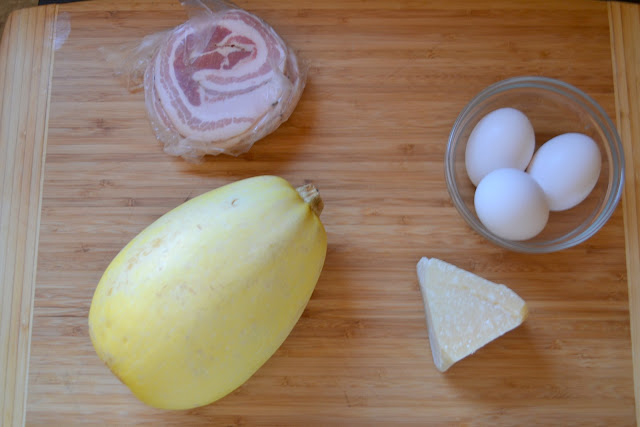 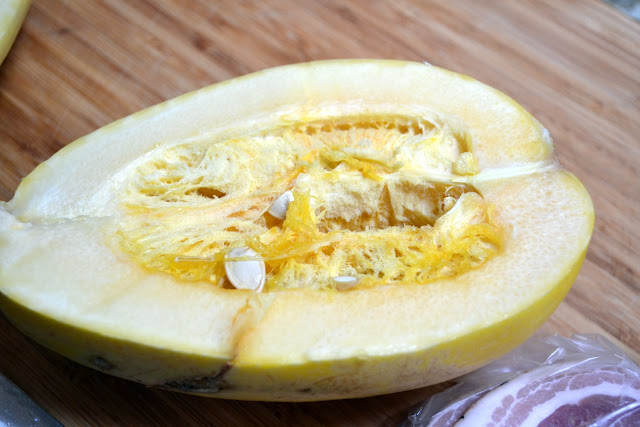 Cut the squash down the center... 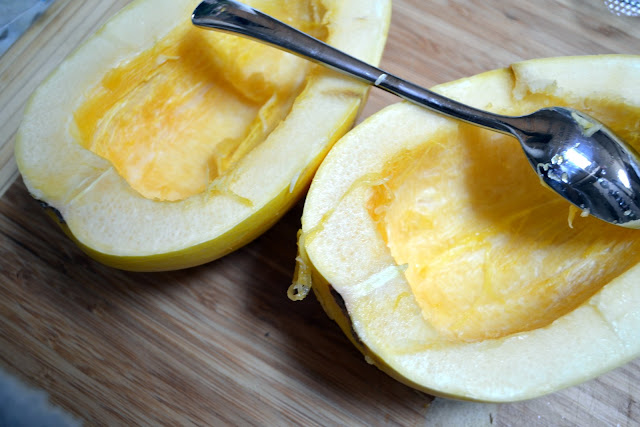 ...and scoop out all of the junk in the middle. 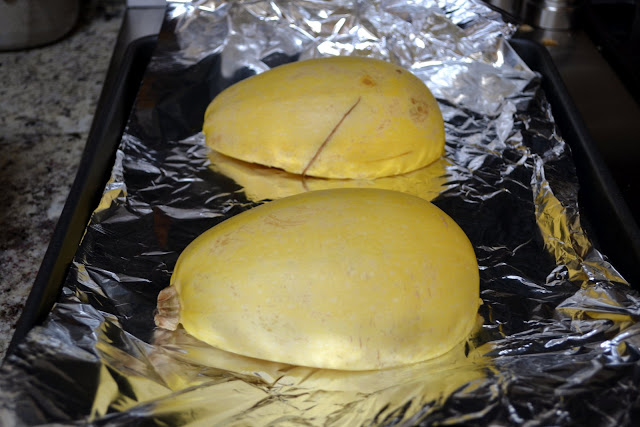 Lay the squash face down and roast it in the oven at 400 degrees for 30 or so minutes.  I know when it's done when the outside of the squash gives when I press down on it with an oven mit. 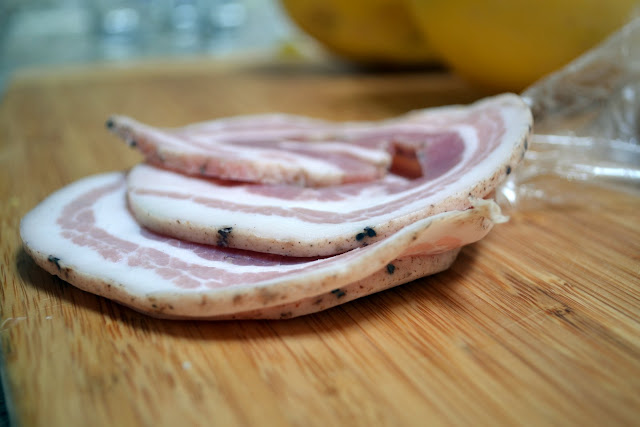 Pancetta has lots of flavor.  Herbs and pepper and all other kinds of good stuff.  If all you have is bacon, no bigs.  Just add some extra pepper and maybe some garlic powder if you want to liven stuff up. 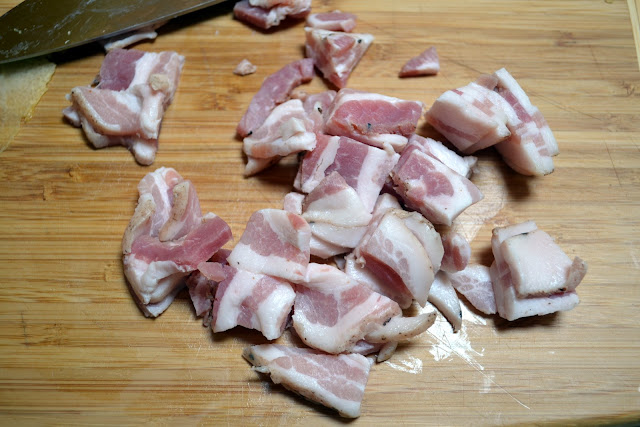 Coarsely chop the pancetta.  It'll shrink down when it cooks and we don't want little bacon bits.  I like nice big pieces when I make carbonara. 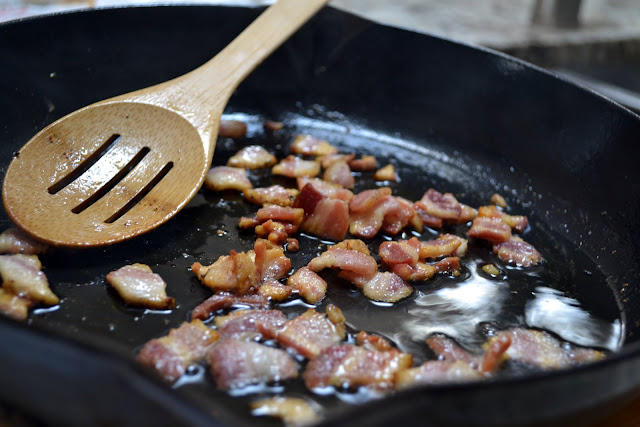 Yes pleeeeeeeeeeeeeeeeeeeeeease. There would have been more, but I dropped about a third of the pancetta on the floor.  And then stepped on it with my bare foot and slid about two feet across my kitchen floor.  Good times over here. 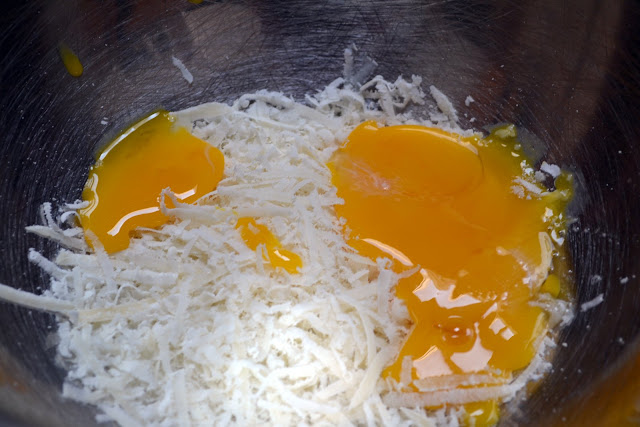 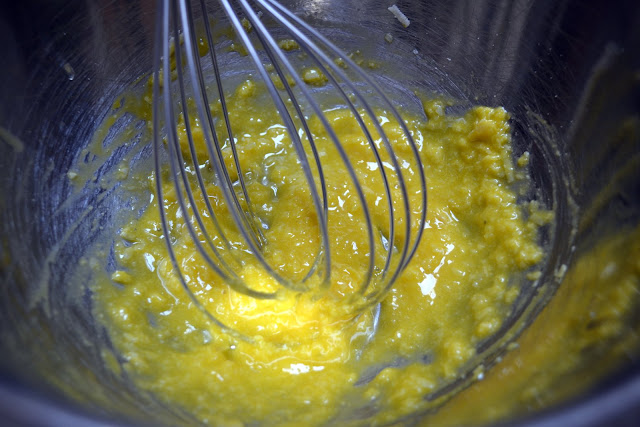 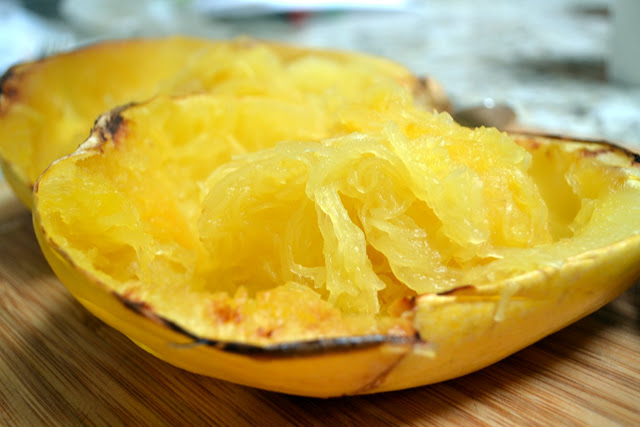 Now, it's important that the squash is SUPER hot when we throw it into the egg/cheese mixture because you want the eggs to cook from the heat.  So, as soon as the squash is done, take it out and flip it over, and use tongs or a fork to lift the "threads."  I used a dish towel to protect my hands, just be careful you don't burn yourself. 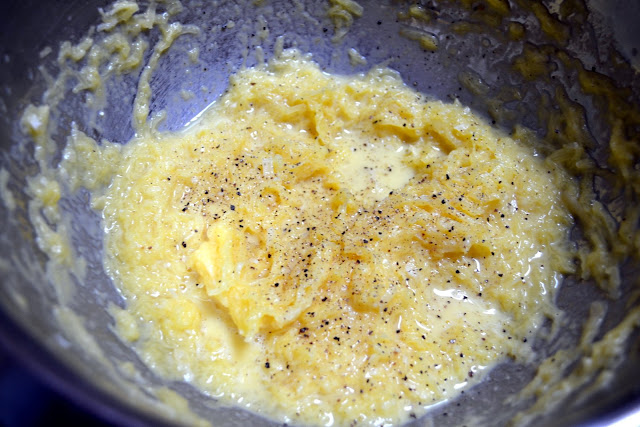 Toss the squash into the sauce quickly to the egg and cheese mixture coats the vegetable.  Season with some salt and pepper. 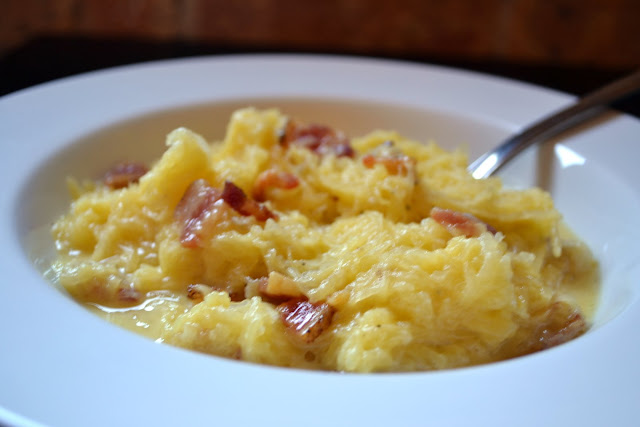 Mmmmmm...hearty and delish and low in carbs. 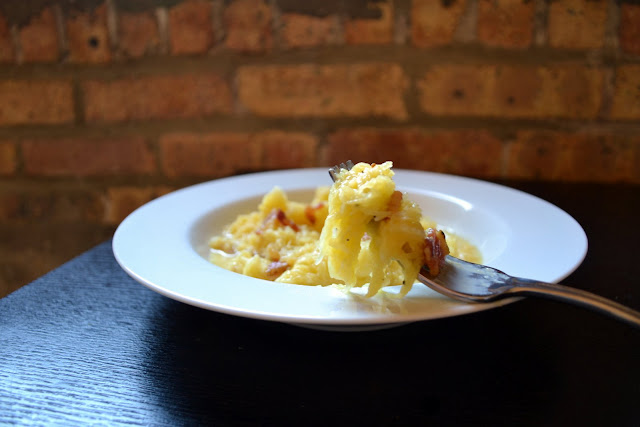 I'm not saying this will be better than the real deal, because it won't.  But it's pretty damn tasty and a great way to eat your veggies. 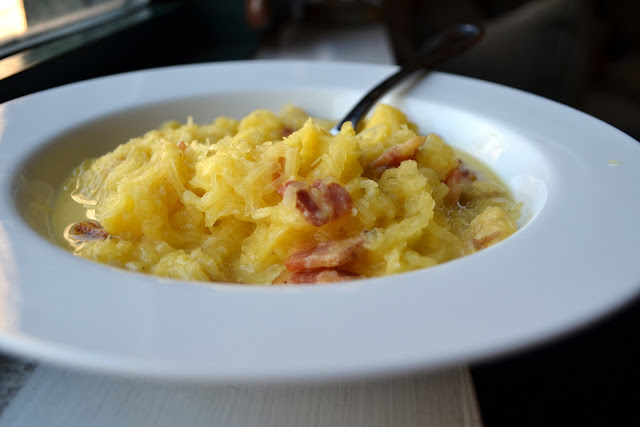 Anyone else have creative ways of eating spaghetti squash or cutting carbs? Let us know and stay hungry!
Pin It

at 7:00 AM
Email ThisBlogThis!Share to TwitterShare to FacebookShare to Pinterest
Labels: Healthy, Hungry