Posted by Jaisa
I am the least homey person.  I consider "keeping a home", double checking to make sure my hot iron is off before leaving for the day...as in "keeping my home" from burning down.  Charlie does most of the homey projects around here.  Sometimes I assist, sometimes I don't.  I always try to photograph it though.  I've been keeping you guys posted on our roof deck progress...this weekend, we Charlie hung lights! 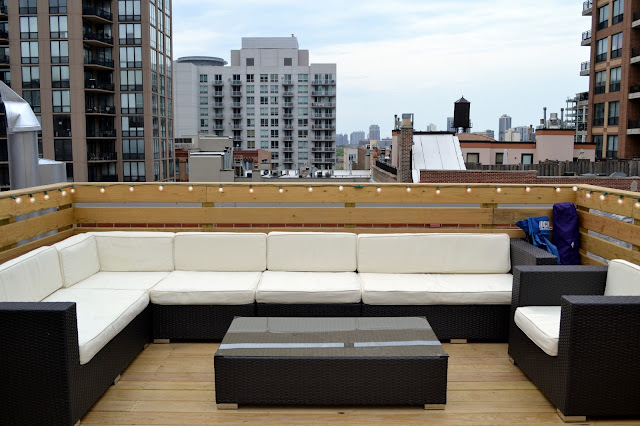 Charlie picked up a $20 staple gun from ACE Hardware.  He began by securing the main line of power from our condo to the deck.  We get some wicked nasty storms up in Chi-town so we figured it would be best to lock this baby down. 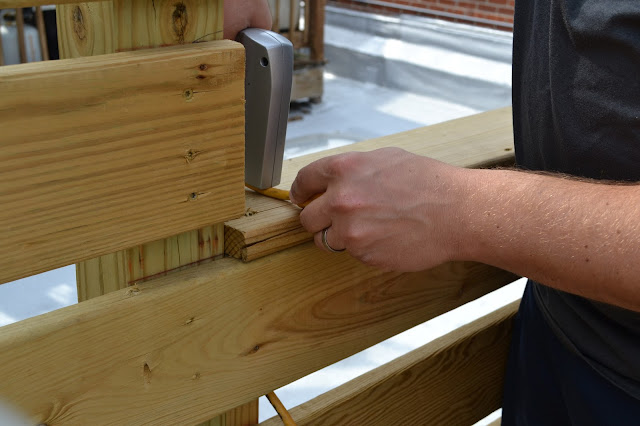 Doesn't this look like the guy from Scream/a worm? 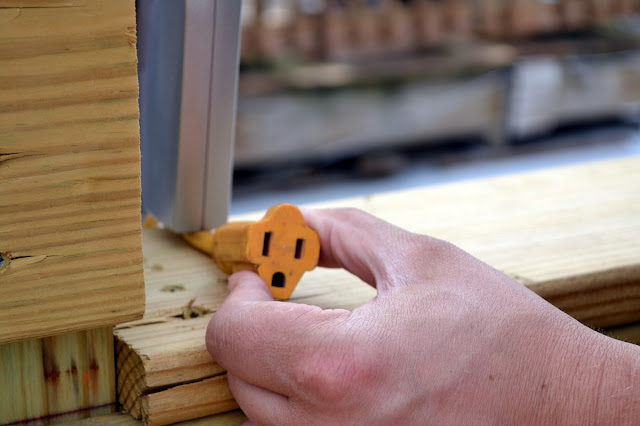 We bought these weather resistant globe string lights from Target.  There were fancier ones, but these were simple and less expensive so we sprung for these.  They were approximately $12.50 per box/20 feet, so the cost to line the entire deck was on $62.50!  Not too shabby. 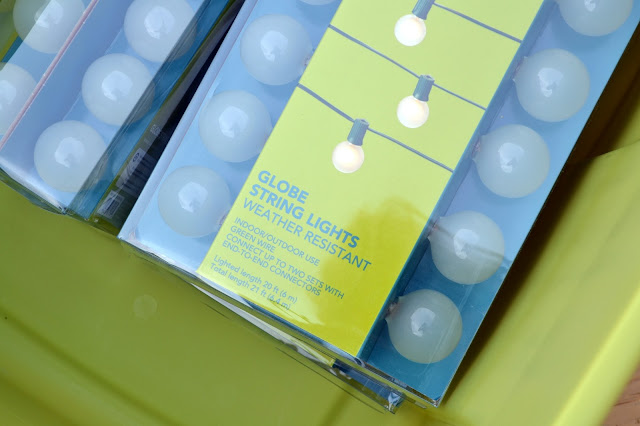 We unraveled the lights and then I held one end while Charlie stapled them in. 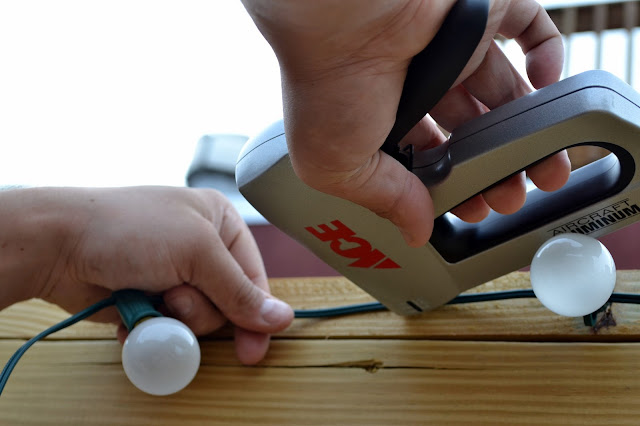 Look at those buff forearms... 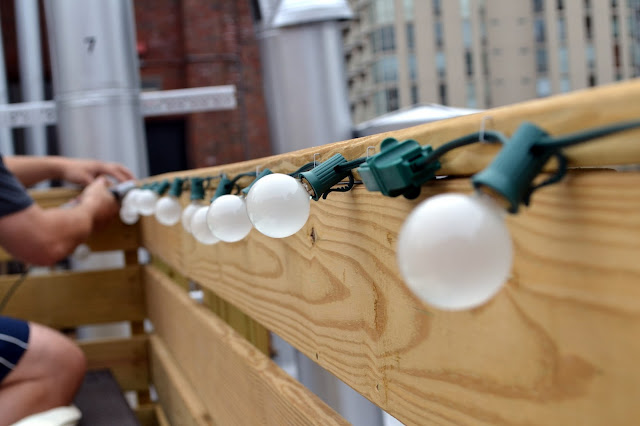 Charlie and I are both risk averse, or...lazy.  We tested ever single string before stapling it up.  The thought of having to redo one was too much to bare. 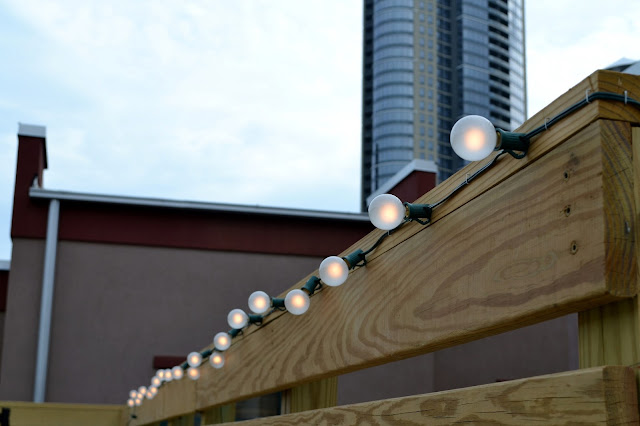 I still need throw pillows.  Pillow post to follow...except I will not be making mine.  I will be purchasing them and color coordinating.  That's a homey worthy post, right Caitlin? No?  Ok. 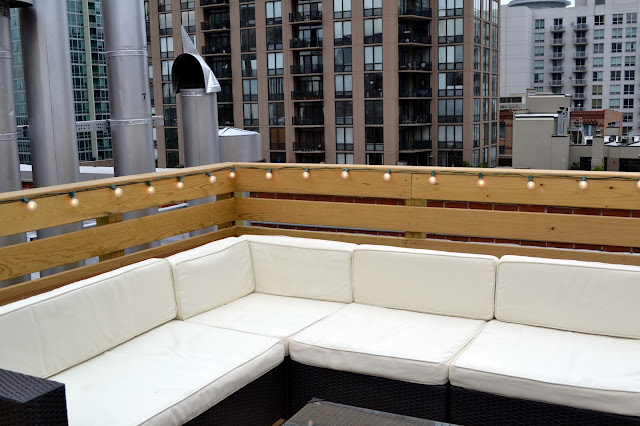 Here the lights are at night... 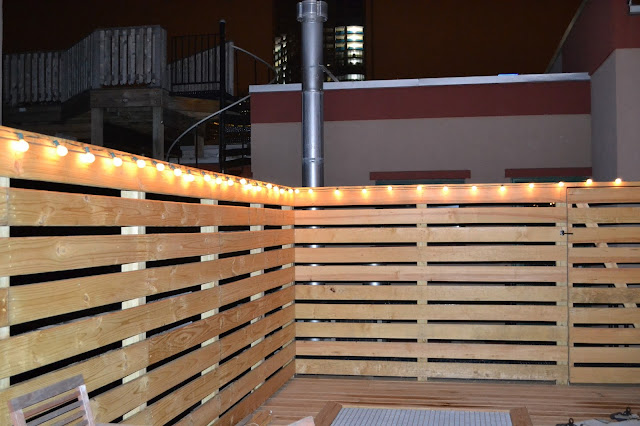 This is a better picture, albeit a little blurry, without the flash. 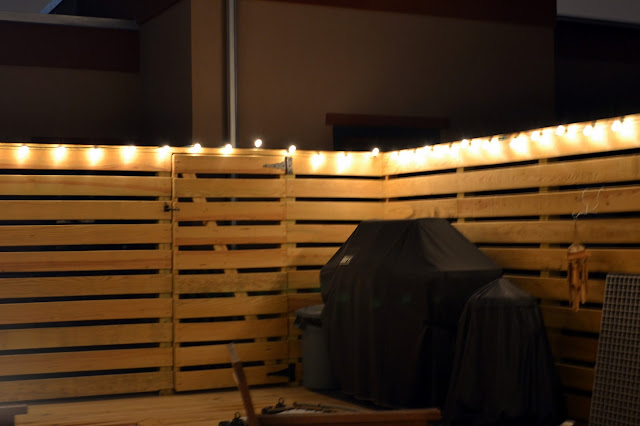 Here's the section behind the couch.  We have the cover on because it was a little rainy...but you get the idea. 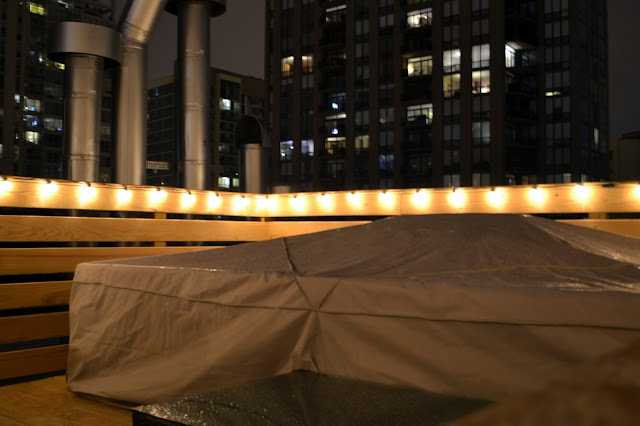 at 7:00 AM
Email ThisBlogThis!Share to TwitterShare to FacebookShare to Pinterest
Labels: Homey, lighting, roof deck