Posted by Jaisa
So I woke up from a nap yesterday and a Mexican inspired Thanksgiving menu popped into my head.  I'm going to call it Graciasgiving.  This first one sort of came out of no where.  I went to Williams-Sonoma to buy a mandolin for another Graciasgiving dish, and I spotted the corn bread stuffing mix.  The wheels started a turnin' and I ended up in the Whole Foods butcher section at 8am sharp Sunday morning ordering chorizo and adouille.  Damn my peoples.  This was so good.  Oh and by the way, if you think this is going to be a skinny recipe - RUN.  RUN FAR FAR AWAY. 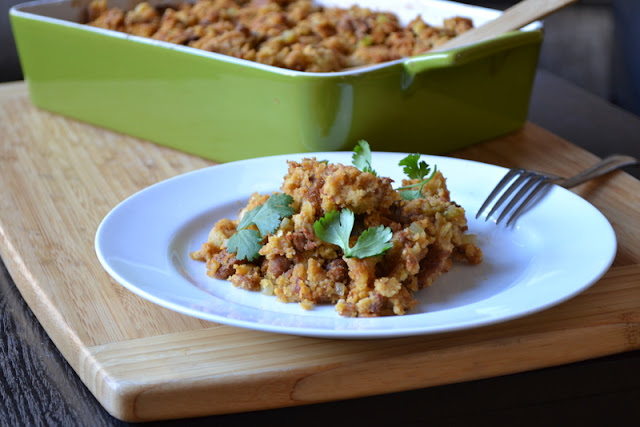 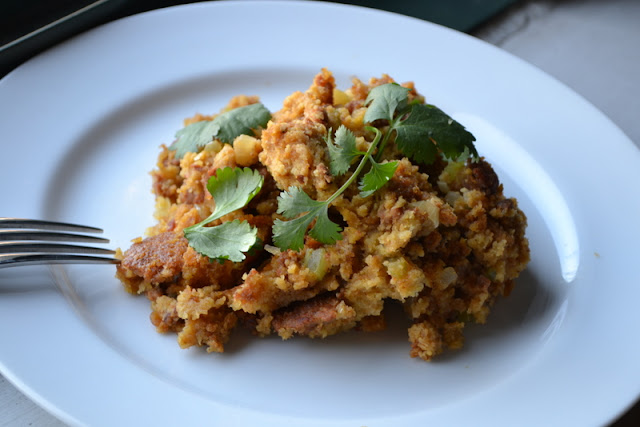 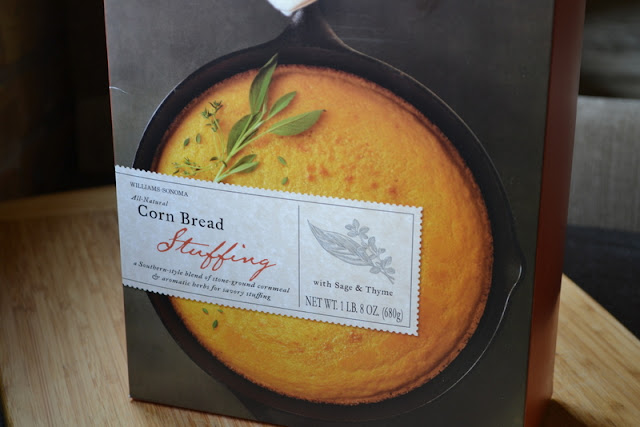 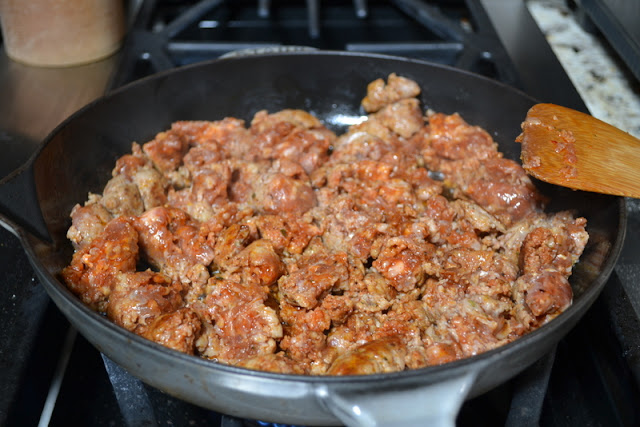 Throw both sausages into a skilled and brown.  Why both meats?  Chorizo is spicy and andouille is smokey. You could easily go with one the other.  If you say WHAT, no way, you can always use spicy Italian sausage.  I won't hate.

While the sausages are browning up all nice nice, melt the stick (ahem, cue sneeze noise) of unsalted butter over medium heat.  Add the celery and onion and cook for 5-8 minutes or until veggies are nice and soft but not browned. 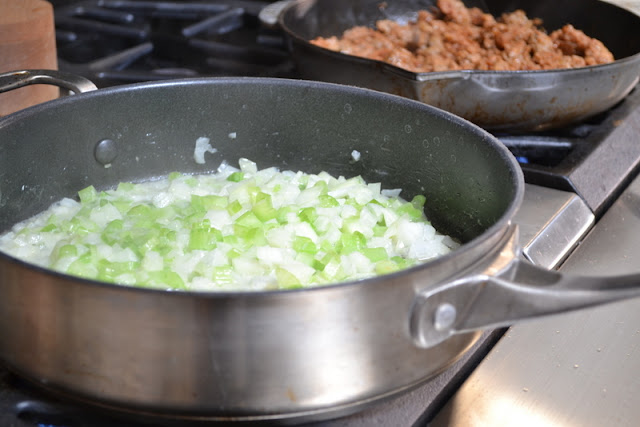 Make sure to drain your sausage over paper towels and then add everything in a large mixing bowl.  Slowly add chicken stock until the breading becomes very moist, but there is no liquid standing at the bottom of the bowl.  Note:  Some people like their stuffing on the drier side.  To me, dry stuffing is basically like a pile of croutons.  I like it nice and moist.  I probably added 5 cups of stock, but you might be happy with 4. 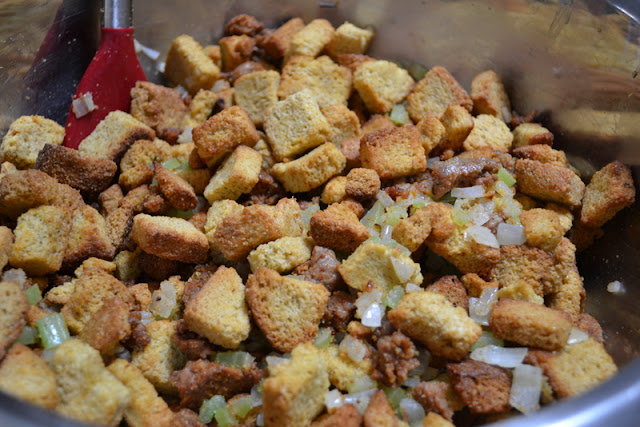 Cover the stuffing with foil and bake at 375 for 25 minutes.  Remove foil and let it finish in the oven for 10 or so more minutes so the top can get nice and golden brown.   I fluffed mine up with a fork so it looks prettier. 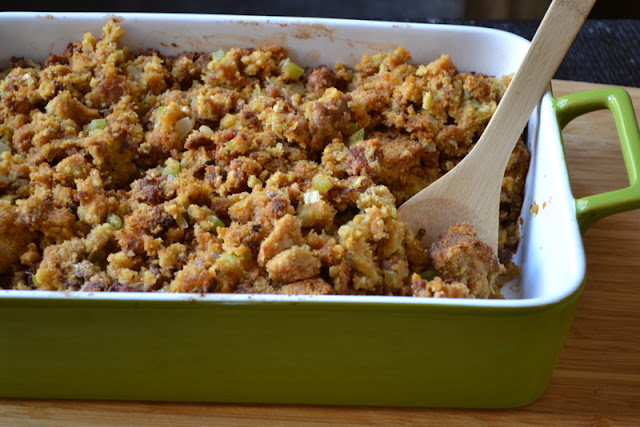 Is this your traditional Thanksgiving stuffing?  No.  It's stuffing for Graciasgiving.  If you want a more traditional, and badly photographed recipe, check this out.  Since my Uncle Mike wants to disown me for using Jimmy Dean in that recipe, I would be remiss to not tell you to use spicy Italian sausage instead.  Fine.  I agree with him. 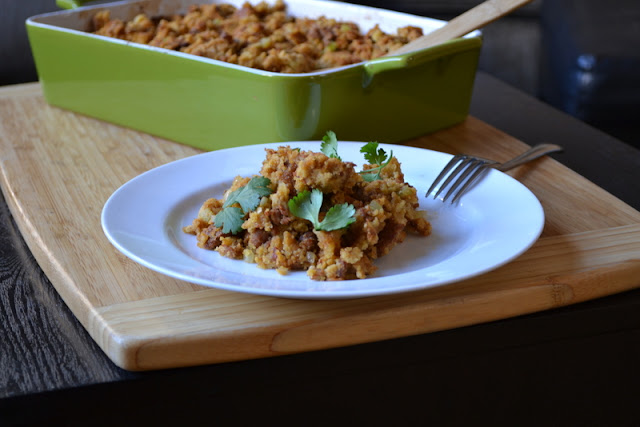 Graciasgiving wouldn't be complete with just stuffing.  That's why Hardly Housewives has three more awesome dishes to share with you.  Here is a sneak peek of Wednesday's post.

Think you know what this is?  I bet I'll surprise you.  Even if it's just a little. Stay tuned...and stay hungry!
Pin It

at 8:00 AM
Email ThisBlogThis!Share to TwitterShare to FacebookShare to Pinterest
Labels: Hungry, Mexican, Thanksgiving