Posted by Caitlin
Doesn't polishing silver seem like such an adult thing to have to do? It's not like I have a ton of silver just lying around the house, but I picked up a piece at my church's annual Christmas bazaar last weekend and it was in serious need of polishing. I also grabbed a few old silverplated trinkets from my parents' basement (thanks, Mom!) and got to work figuring out how to make them shiny again.

Here's what I started with: 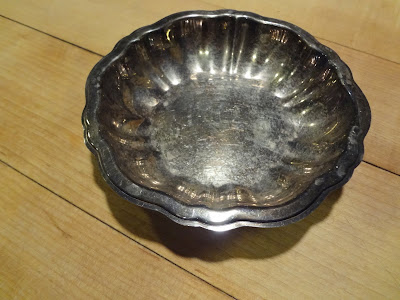 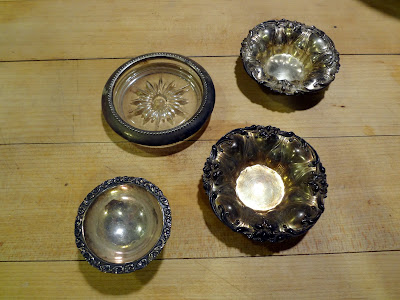 I picked up the standard Cape Cod silver polish cloths but also looked online for some alternative (aka less scrubbing-intensive) solutions. Many websites suggested submersing tarnished silver in a tin-foil-lined bowl of hot water, salt, and baking soda, but other sites warned that it would be too rough on your silver. I decided to try out this method using the bowl from the bazaar. I bought it for $2 and so I wouldn't be heartbroken if anything happened to it. Plus, Jesse and I just finished season four of Breaking Bad and so I'm pretty jazzed up about chemistry these days...
I boiled some water, lined a glass mixing bowl with tin foil, and liberally sprinkled in salt and baking soda. The effect was much like the old baking soda volcano from elementary school fizzing and frothing. I tossed the silver bowl in and waited for the magic to happen... 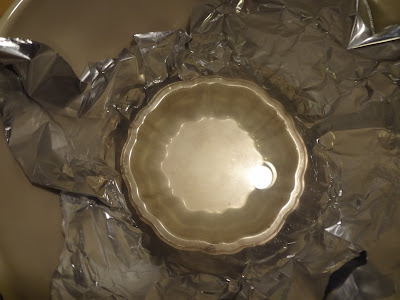 The magic happened! Look how clean it looks! This is after five minutes in the solution.
From there, I spot cleaned a few specks of tarnish using the Cape Cod cloths. Good as new! 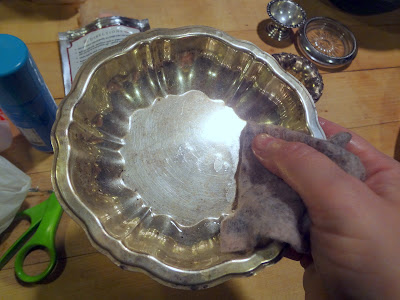 Since the other pieces of silver were a bit dearer to me, I decided to heed the warnings on the internet and polish everything else with the cloth. This is where the elbow grease came in. 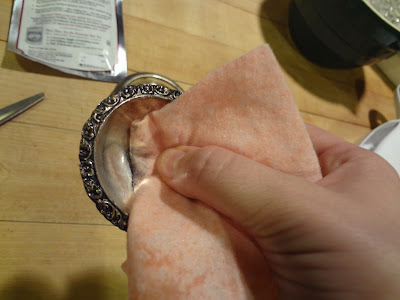 It took some serious rubbing and buffing to get rid of the tarnish but I think they came out pretty well: 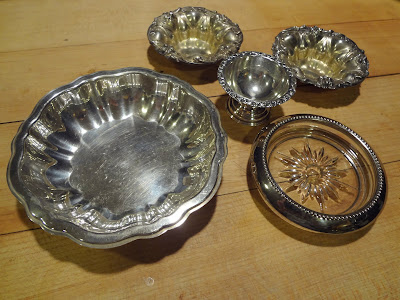 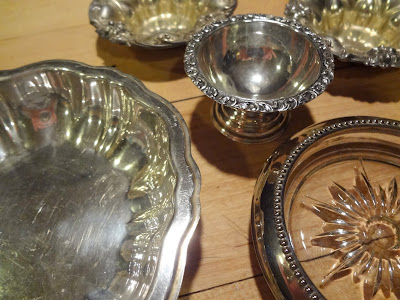 When it comes to chemical reactions and family heirlooms, be sure to do your own research and figure out what works for you. For items you are willing to take a bit of a risk on, I had great success with the baking soda and salt option. If you can find old silverplated items at thrift stores or tag sales (plus there's a ton on eBay), I say give it a shot. Renewed silver dishes, cups, or utensils would make a great holiday gift. Good luck and stay homey!
Pin It

at 10:35 AM
Email ThisBlogThis!Share to TwitterShare to FacebookShare to Pinterest
Labels: Homey, Hostess with the Mostess