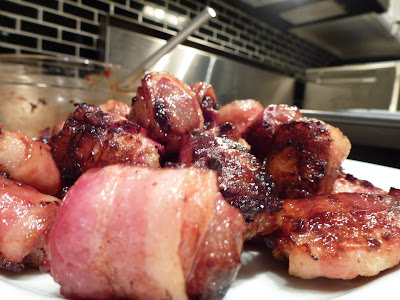 A couple of years ago I asked my brother-in-law what he wanted for his birthday. He replied "sausage wrapped in bacon." I just love that guy. Some of my best culinary creations have come from his inspiration and this is one of those recipes.

I thought about how I could make this request birthday worthy. Then I thought about an all time fan favorite that I make - water chestnuts wrapped in bacon. Everyone LOVES these and for good reason. So, instead of reinventing the wheel, I decided to just modify a classic. My hubby recognized the usual cast of characters of bacon, water chestnuts and sausage and started creeping around the kitchen. I threw a piece of cheesy garlic bread at him so I could work in peace. It worked! 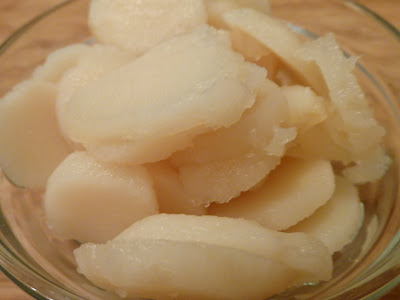 Start with a can of pre sliced water chestnuts. 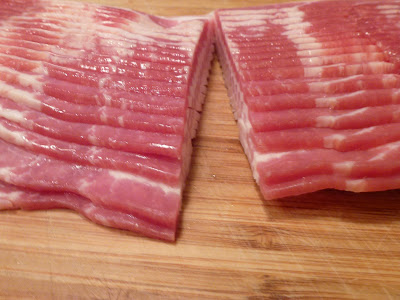 Cut a package of low sodium bacon in half. There is lots of salt in the glaze that we will add later, so we don't want to over do it here folks. I'm trying to look out for your health, ok? 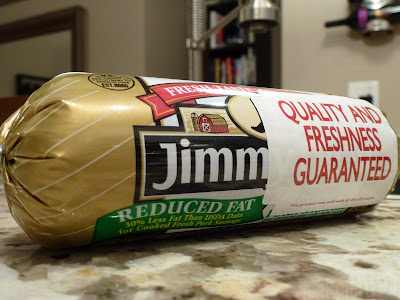 So ...I love Jimmy Dean sausage. I use it all the time. So midwestern of me. I buy the reduce fat kind because it is still SO flavorful but without the extra grease. With a pound of bacon sizzlin' away, we don't need extra grease. 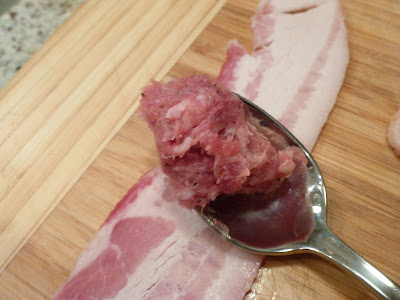 Now, get about a teaspoon worth of sausage. A dollop will do ya. 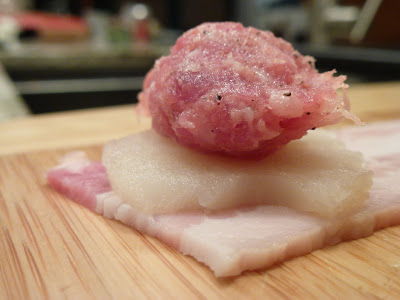 Place the sausage on top of the water chestnut at the bottom edge of the bacon and roll up and away. 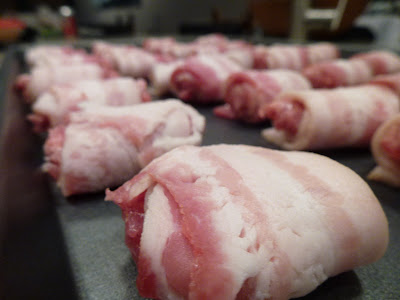 Place sausage wrapped bacon seam side down so they seal as they cook. Once all of your little soldiers are lined up on a cookie sheet, put them in the oven at 450 degrees for 25-30 minutes or until golden brown. Besides encompassing all of the best things in life, the thing I love the most about this appetizer is that it uses exactly 1 package of bacon, 1 package of sausage, and 1 can of sliced water chestnuts. These three were made for each other. Obvi. 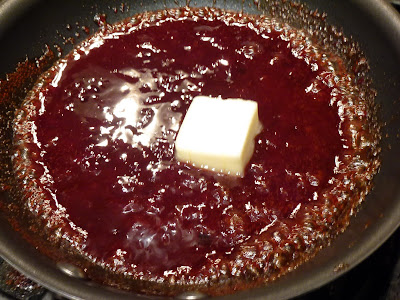 I have never, ever made the glaze for this recipe the same way twice. It's different every time because I use whatever I have on hand and I also never measure anything. I love asian flavors so I usually do some sort of take on a teriyaki sauce. This time I heated up some sour cherry preserves, Sriracha hot sauce, some pre made teriyaki glaze and a little water. I tasted it and it needed a little "something." Butter cures everything so that's what I added. 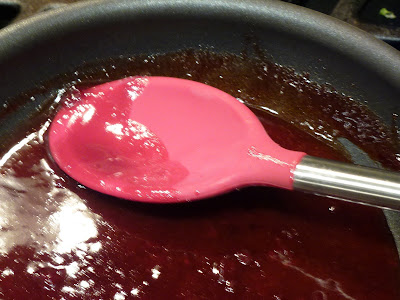 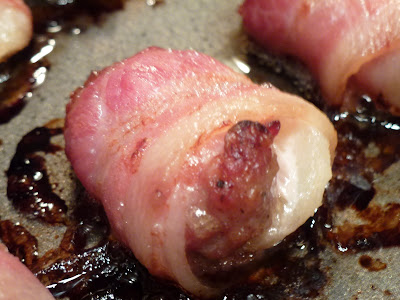 If you look deep, deep into my eyes, this is what you'll see. The basis of my existence. The core of my being. 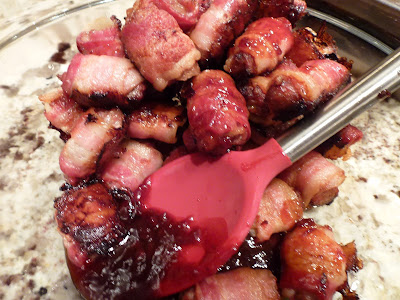 Now, pour the glaze into a bowl. Add all of the little salty nuggets of heaven and gently toss. Since they don't have toothpicks just be careful not to rough them up too much so they don't come unraveled. These puppies were sealed shut, but I could see them falling apart. (Note: this is the first time I tried the tossing method. Normally I brush the glaze on each one but again, I'm impatient.) 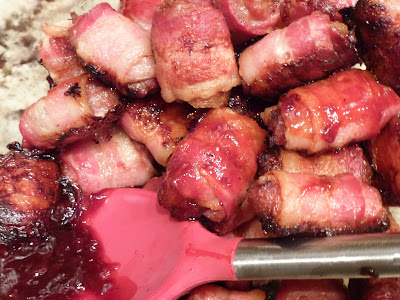 NOM NOM NOM. (Note: Make sure they cool! The water chestnut really holds the heat so be careful. I have burnt my mouth on these very badly before.) 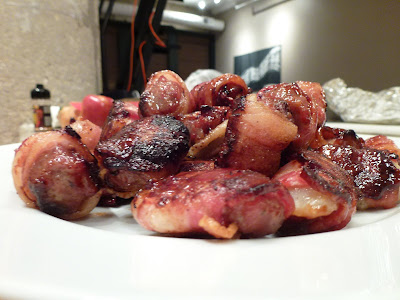 These will straight up change your life. And your waistline. But seriously, it's worth it. PLEASE do humanity a favor and make these. Now.
Keep reading and stay hungry!!
Sausage Wrapped in Bacon Recipe
1 Package of Low Sodium Bacon
1 Package of Jimmy Dean Reduce Fat Sausage
1 Can Sliced Water Chestnuts
Glaze:
1/4 Cup of Sour Cherry Preserves
2 Tbs of Sriracha
2 Tbs of Teriyaki Sauce
1 Tbs of Water (just enough to thin the sauce)
1 Tbs of Butter
Cut bacon in half. At bottom of half slice, layer 1 water chestnut slice with small round of sausage. Roll and place on cookie sheet seam down. Bake in 450 degree oven for 25-30 minutes or until bacon is crispy and golden brown. Heat all ingredients of glaze until combined over medium heat. Toss the sausage wrapped in bacon in sauce and serve. Enjoy!
Pin It