A "Wish You Were Here" Ornament

Posted by Caitlin
Last Christmas, Jesse and I were lucky enough (read that as: impulsive enough) to take a last minute, three week trip to Thailand to visit some friends who were living out there. We left a year ago today and arrived 36 hours later in Phuket. After two days at Kata Beach, we hopped on a ferry to Ko Yao Noi, a small island off of Phuket where we spent Christmas.


I'll do a longer post on our Thailand trip soon, but here's a shot of us on Christmas eve on our private beach, enjoying a beer in the water: 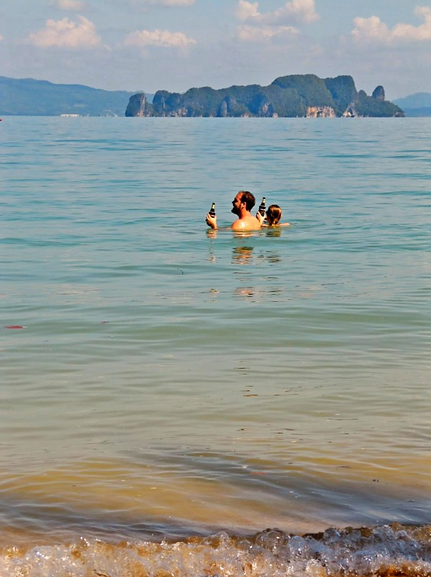 It was beyond perfect.

Since I'm sitting here, one year later, in chilly New England temperatures, pale as ever, I figured I'd look through our photos and make an ornament with one of our "Christmas" shots. I used: 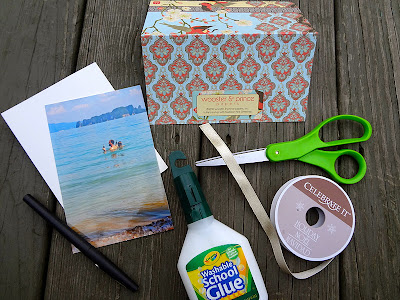 First, I trimmed the photo down a little bit and cut strips from the notecard to use as a frame. 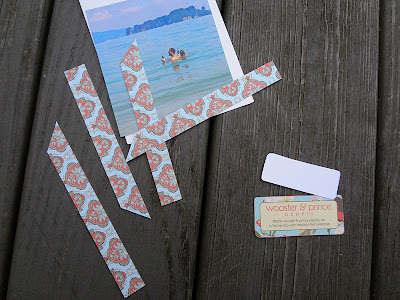 I also cut out the stationary company's label and a blank piece of cardstock to cover it with a caption for our photo. 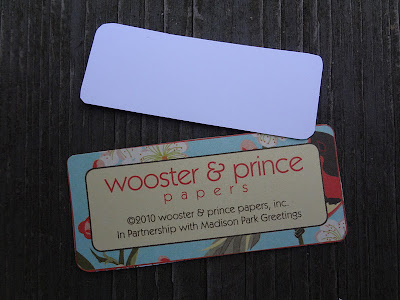 Then I glued it all together, using the white cardstock as a backing and putting the ribbon between the photo and the "frame" sides. 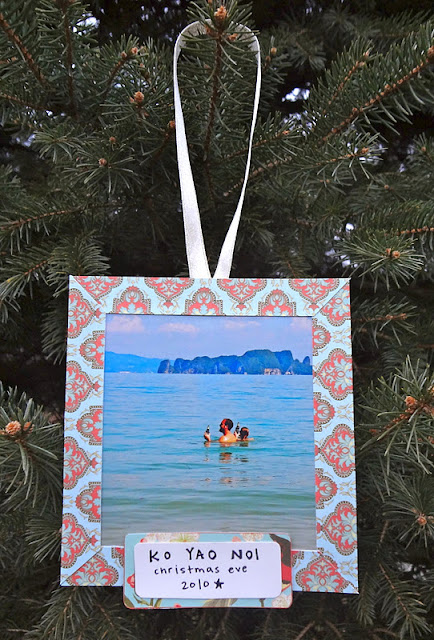 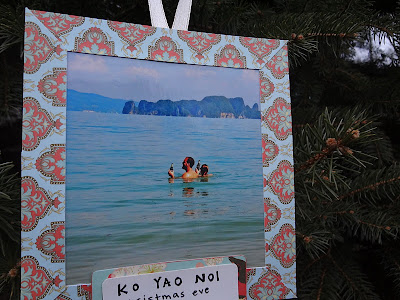 There's no place like home for the holidays, but if you must, Ko Yao Noi has got to be a close second.  Stay homey!